Deputy PM Barnaby Joyce, married for 24 years, is expecting a child with his former staffer in April. 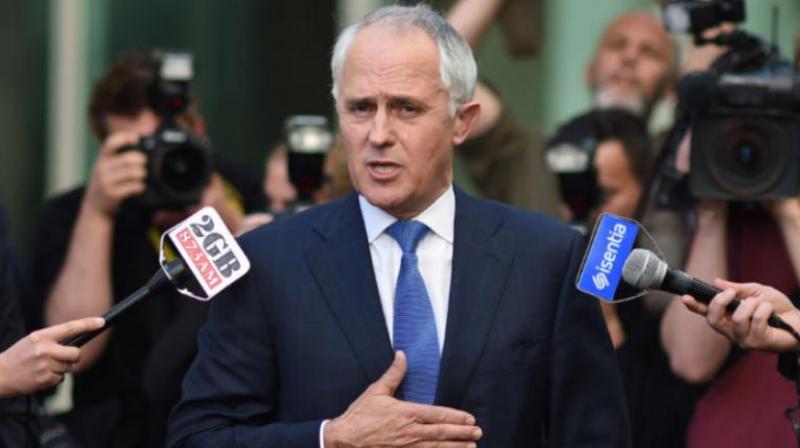 Turnbull denounced the affair at a press conference in Canberra after a week in which the scandal threw his centre-right government into turmoil. (Photo: File)

Sydney:  Australian Prime Minister Malcolm Turnbull on Thursday banned sex between ministers and staff and rounded on his deputy for a "shocking error of judgment" by having an affair with a press secretary.

Deputy Australian Prime Minister Barnaby Joyce, a Catholic who campaigned on "family values" and married for 24 years, is expecting a child with his former staffer in April.

Turnbull denounced the affair at a press conference in Canberra after a week in which the scandal threw his centre-right government into turmoil and strained the alliance between his Liberal Party and Joyce's National Party.

He stopped short of sacking Joyce, which would have put the government's narrow one-seat majority at risk were he expelled from parliament.

But Turnbull said the scandal had prompted overdue changes to ministerial conduct rules, and announced new standards broadly similar to a ban on relationships between lawmakers and staffers adopted last week by US Congress.

"In 2018, it is not acceptable for a minister to have a sexual relationship with somebody who works for them. It is a very bad workplace practice. And everybody knows that no good comes of it," he said.

"Ministers, regardless of whether they are married or single, must not engage in sexual relations with staff. Doing so will constitute a breach of the standards.

He said the changes take effect "as of today" and that Joyce will "have to consider his own position" as leader of the National Party.

Turnbull said earlier Joyce would take a week's break next week, which avoids the need for him to fill in as acting prime minister during Turnbull's scheduled visit to meet US President Donald Trump in Washington next week.

The week off comes after an opinion poll showed support for Joyce, a plain-spoken small-town accountant turned politician, had tumbled in his rural electorate.

The percentage of voters backing him crashed to 43 percent, according to the ReachTEL poll published in Fairfax newspapers on Thursday, down from the 63 percent margin he won at a by-election in December.

He also faces intensifying pressure over his failure to declare the relationship with his former press secretary, Vikki Campion, when she was hired for two highly-paid government positions outside his office.

And there are questions about Joyce's acceptance, rent-free, of a townhouse belonging to a wealthy friend, Greg Maguire, and whether Joyce broke ministerial rules forbidding asking for gifts. Joyce denied asking for the townhouse.

"Most people would realise that at the time of a marriage break-up, it is not unusual for those who you are close to, to offer support," he told parliament.

"Mr Maguire approached me...he said: 'You're living out of a suitcase, and this is basically something that I should try and help you with.' I took him up on the offer but I offered to pay for it."

He has also said he did not break any rules over Campion's employment because she was not his "partner" at the time.