According to Saudi official, she knows the challenges she'll have to confront in Washington. 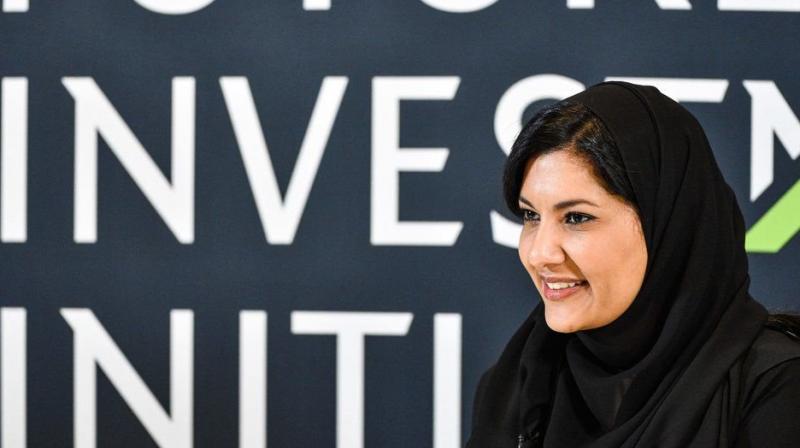 Princess Reema is the daughter of former Ambassador to the US Bandar bin Sultan -- renowned as one of the most influential Saudi envoys during his 22 years in Washington. (Photo: Twitter)

Saudi Arabia: Saudi Princess Reema bint Bandar bin Sultan has a daunting task as she prepares to take up her role as the kingdom's ambassador to Washington, reported Bloomberg.

The relation between the two nations have deteriorated due to various reasons including the murder of columnist Jamal Khashoggi, the long-running war and humanitarian crisis in Yemen and the detention of Saudi female activists.

Saudi princess expected to arrive in the US capital within weeks and will try to begin reversing all of that.

Fawaz A Gerges, a professor of international relations at the London School of Economics said, “With the exception of the Trump administration, political attitudes in Washington toward Saudi Arabia are toxic these days. She will have to actively engage members of Congress and the foreign policy elite and reassure them that Saudi Arabia hears their concerns. Her mission is very daunting.”

As President Donald Trump arrived at the White House, Crown Prince Mohammed bin Salman was consolidating his power as the kingdom’s de facto ruler. Trump made Saudi Arabia as the centrepiece of his Middle East strategy of isolating Iran.

Last week, a UN expert assigned to investigate the murder of Khashoggi at the Saudi consulate in Istanbul released grim new details about his murder and dismemberment, recommending a probe into the possible role of Prince Mohammed in the incident.

The official, Agnes Callamard, said she found no "smoking gun" and that "no conclusion is made as to guilt," but in a 100-page report she said there was "credible evidence, warranting further investigation of high-level Saudi officials' individual liability, including the crown prince's."

Saudi officials, however, rejected her findings and have repeatedly said the crown prince wasn't involved in the killing.

The same week as the UN report, the Republican-controlled Senate voted to block USD 8 billion in arms sales to a handful of countries led by Saudi Arabia.

It was a rare bipartisan rebuke of Trump after he used an emergency declaration to move forward on the deal despite congressional objections.

Princess Reema is the daughter of former Ambassador to the US Bandar bin Sultan -- renowned as one of the most influential Saudi envoys during his 22 years in Washington. She has deep knowledge of US politics and culture and a reputation as an advocate for women's rights. According to Saudi official, she knows the challenges she'll have to confront in Washington.

Princess Reema "realizes that bilateral relations have been tested in the past but that the two countries have always managed to overcome their differences," Fahad Nazer, the spokesman at the Saudi embassy in Washington, said in response to emailed questions.

She will arrive in Washington amid heightened concerns about a military clash between the US and Saudi rival Iran. She emerged as a key player in the kingdom's efforts to revamp its relations with the US before being appointed ambassador.

Princess Reema's challenge will be to try to refocus the image of Saudi Arabia and the crown prince as the harbingers of a moderate form of Islam that breaks with kingdom's past, according to James M Dorsey, senior fellow at Singapore's S Rajaratnam School of International Studies and its Middle East Institute.