Turkey warns US meeting with SDF chief would 'legitimise terrorists'

US President Trump said he had talked with Mazlum Abdi, commander of SDF which fought against extremists in Syria. 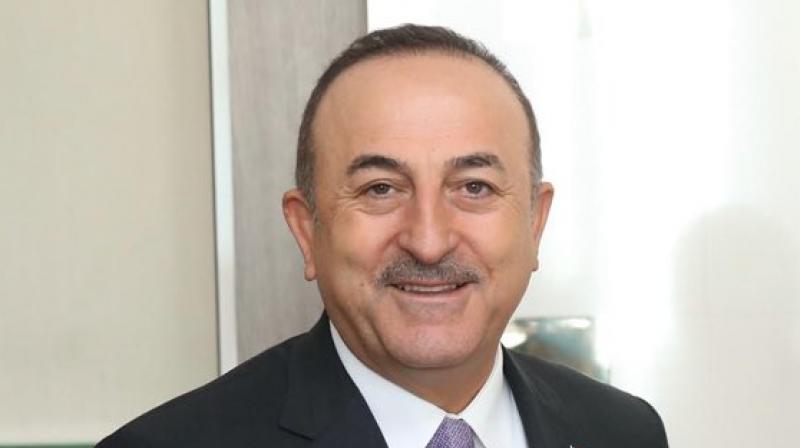 'If you start legitimising terrorists like this, tomorrow you will end up meeting with Baghdadi as well,' Turkish Foreign Minister Mevlut Cavusoglu said in televised remarks. (Photo: Twitter)

Ankara: Turkey on Friday warned Washington that any meeting with the leader of a US-backed Syrian Kurdish-led force risked "legitimising terrorists".

US President Donald Trump on Thursday said he had talked with Mazlum Abdi, commander of the Syrian Democratic Forces (SDF) which fought against extremists in Syria, and that he had "really enjoyed" the conversation.

In a tweet on Wednesday, Trump thanked Mazlum and said: "I look forward to seeing you soon", raising fears in Turkey of a possible face-to-face meeting between the two men in the United States.

"If you start legitimising terrorists like this, tomorrow you will end up meeting with Baghdadi as well," Turkish Foreign Minister Mevlut Cavusoglu said in televised remarks.

Abu Bakr al-Baghdadi is the head of the Islamic State extremist group.

"It is not acceptable for our allies to meet with a terrorist wanted under a red notice," Cavusoglu told reporters in Baku.

"We have informed the US of all of this in a written note," the minister added.

Turkey says there is an Interpol red notice for Abdi, which Turkish NTV broadcaster reported had been issued in 2011.

A group of American senators including Lindsey Graham earlier this week urged the US State Department to expedite a visa for Abdi to enable a visit where he can speak to officials and lawmakers on the situation on the ground in Syria.

Turkish Justice Minister Abdulhamit Gul earlier on Friday said if Abdi entered the US, "because there is a red bulletin because there is an arrest warrant..., this person should be caught, arrested and extradited to Turkey."

Gul told reporters in the Turkish border town of Akcakale that Turkish diplomats had contacted their US counterparts to remind them that Abdi was a wanted individual.

Relations between Turkey and the US are particularly tense after Ankara launched a cross-border offensive on October 9 against the Kurdish YPG militia, whose fighters make up the bulk of the SDF.

But there have also been strains over Washington's failure to extradite Muslim preacher Fethullah Gulen, accused by Ankara of ordering the 2016 failed coup which Gulen has denied.