US oil sanctions will be given a fitting reply: Iran leader Ayatollah Ali Khamenei

Iran's supreme leader called the end of oil sanction waivers by the United States a hostile measure that won't be left without a response. 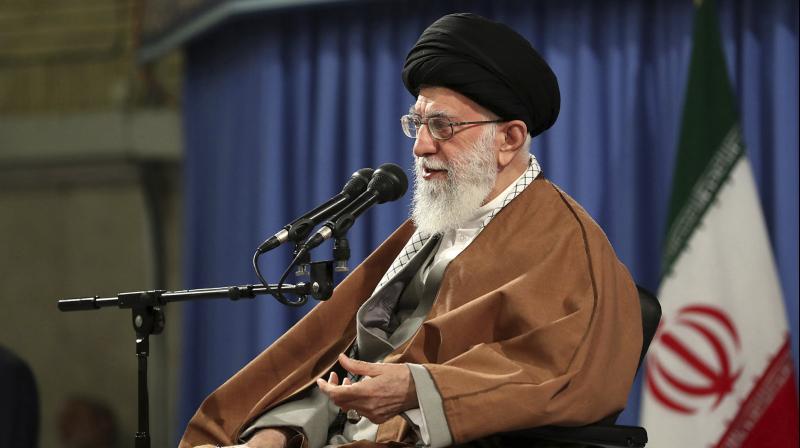 Five of the countries -- Greece, Italy, Japan, South Korea and Taiwan -- have already heavily reduced their purchases from Iran. (Photo:AP)

Tehran: Iran's supreme leader Ayatollah Ali Khamenei on Wednesday called the end of oil sanction waivers by the United States a "hostile measure" that "won't be left without a response".

"US efforts to boycott the sale of Iran's oil won't get them anywhere. We will export our oil as much as we need and we intend," his official English-language Twitter account said.

The United States on Monday announced it will no longer grant sanctions exemptions to Iran's oil customers and will start imposing sanctions on countries such as India, China and Turkey if they buy Iranian oil.

In May 2018, President Donald Trump withdrew the US from the 2015 Iran nuclear deal which had given the Islamic republic sanctions relief in exchange for curbs on its nuclear programme.

Five of the countries -- Greece, Italy, Japan, South Korea and Taiwan -- have already heavily reduced their purchases from Iran.

"They (the US) wishfully think they have blocked Iran oil sales, but our vigorous nation and vigilant officials, if they work hard, will open many blockades," Khamenei said on Twitter.

"Enemies have repeatedly, in vain, taken action against our great nation, revolution... but they must know Iranians won't give in," he added.