US-Iranian war of words has escalated since Donald Trump withdrew Washington from the world powers' nuclear deal with Iran in May. 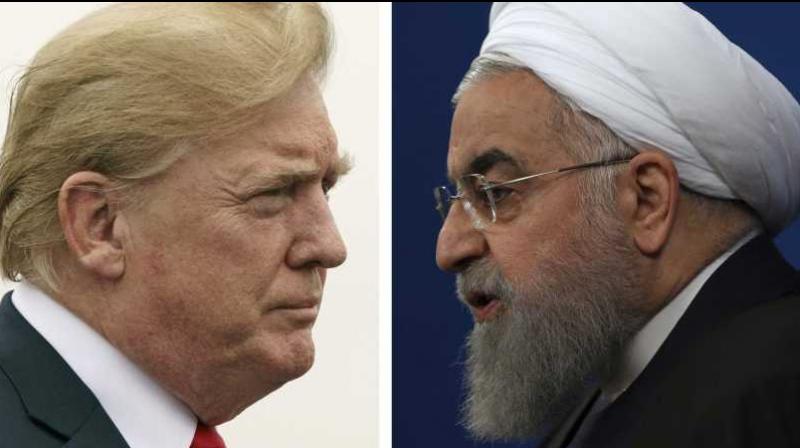 US sanctions dusted off this month targeted Iran's car industry, trade in gold and other precious metals, and purchases of US dollars crucial to international financing and investment and trade relations. (Photo: AP)

London/Jerusalem: Iran warned on Wednesday it would hit US and Israeli targets if it were attacked by the United States after President Donald Trump's security adviser said Washington would exert maximum pressure on Tehran going beyond economic sanctions.

A US-Iranian war of words has escalated since Trump withdrew Washington from the world powers' nuclear deal with Iran in May, blasting it as flawed and reimposing sanctions to choke Iran's economy and force it to renegotiate or change direction.

The US turnaround, which scrapped a wary detente between Iran and the United States after decades of hostility, has drawn defiance from Tehran despite renewed unrest over economic privations, and has unnerved other big powers where businesses have been debating whether to divest from Iran.

US National Security Adviser John Bolton told Reuters the return of US sanctions was having a strong effect on Iran's economy and popular opinion.

"There should not be any doubt that the United States wants this resolved peacefully, but we are fully prepared for any contingency that Iran creates," Bolton said during a visit to Israel, Iran's enemy in the Middle East.

US sanctions dusted off this month targeted Iran's car industry, trade in gold and other precious metals, and purchases of US dollars crucial to international financing and investment and trade relations. Farther-reaching sanctions are to follow in November on Iran's banking sector and oil exports.

European powers have been scrambling to ensure Iran secures enough economic benefits to persuade it to stay in the deal. This has proven difficult, with many European firms keen to avoid financial penalties by the Trump administration.

"So we will see what plays out in November. But (Trump) has made it very clear - his words - he wants maximum pressure on Iran, maximum pressure, and that is what is going on."

Asked at a news conference later whether the United States had discussed any plans with ally Israel on how to capitalise on economic protests in Iran and if these posed any tangible threat to the Tehran government, Bolton said:

"Just to be clear, regime change in Iran is not American policy. But what we want is massive change in the regime's behaviour ... We are going to do other things to put pressure on Iran as well, beyond economic sanctions." He did not elaborate.

A senior Iranian cleric seen as close to Supreme Leader Ayatollah Ali Khamenei told worshippers at Eid holiday prayers in Tehran: "The price of a war with Iran is very high for America.

"They know if they harm this country and this state in the slightest way the United States and its main ally in the region, the Zionist regime (Israel), would be targeted," Ahmad Khatami said.

Iran's Revolutionary Guards have said it could strike Israeli cities with missiles if it were threatened. Iran also has proxies in the region including Lebanon's Hezbollah.

The Revolutionary Guards said on Wednesday they would continue increasing Iran's defensive capabilities not surrender to US pressure to scrap its ballistic missile programme.

Last week, Khamenei - who has the ultimate say on Iranian policy - said the United States would avoid outright conflict because of Iranian military might.

"There will be no war...We have never started a war and they will not confront Iran militarily," he said.

Trump's campaign to isolate Iran and cripple its economy has put the old adversaries back on a collision course that European signatories to the nuclear accord fear will raise the risk of a broader Middle East war.

Under the 2015 deal, Iran curbed its contested uranium enrichment programme under UN monitoring and won an end to global sanctions in return.

Trump has condemned the deal as too soft on Tehran and would not stop it developing a nuclear bomb, though UN nuclear non-proliferation inspectors have repeatedly certified Iranian compliance with its terms.

Khatami, the prominent Iranian cleric, also said Trump's offer of talks was unacceptable as he was demanding Tehran give up its ballistic missile programme and scale back regional influence. Neither issue was covered by the 2015 agreement.

"Americans say you should accept what we say in the talks. So this is not negotiation, but dictatorship," Mizan news agency quoted Khatami as saying.

Trump has said Iran must stop meddling in wars in Syria and Yemen, part of a foreign policy supporting regional allies in conflict with proxies of US-backed Gulf Arab kingdoms.

Tehran has not given an inch to Trump's pressure despite an economy beset by high unemployment and inflation and a rial currency that has lost half its value since April.

Thousands of Iranians have protested against price rises of some food items, a lack of jobs and state corruption. The protests over the cost of living have often turned into anti-government rallies.

"I think the effects, the economic effects certainly, are even stronger than we anticipated," Bolton said.

The Strait is a strategic waterway for oil shipments which Iran's Revolutionary Guards have threatened to block in response to Trump administration calls to ban all Iranian oil exports.