Relations between Abbas's government and Trump's administration have broken down since the recognition of Jerusalem as Israel's capital. 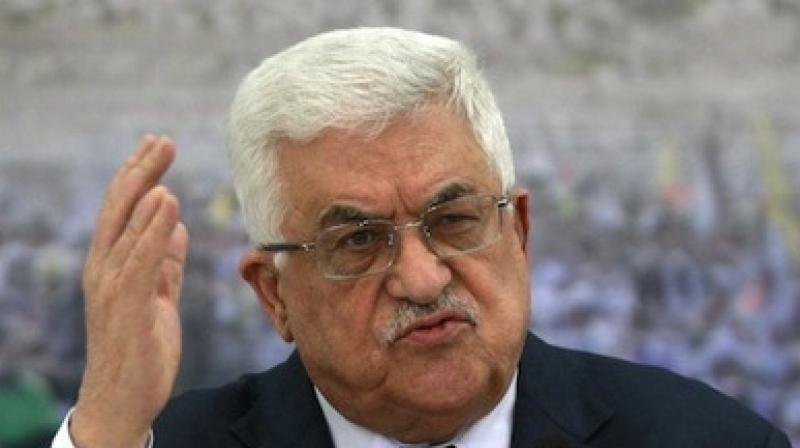 ‘The US ambassador in Tel Aviv is a settler and a son of a dog,’ Abbas said in comments to Palestinian leaders in Ramallah. (Photo: AP)

Palestinian president Mahmud Abbas labelled the US ambassador to Israel David Friedman a "son of a dog" Tuesday during an attack on Donald Trump's policies.

The scathing comments come with US President Trump still expected to launch a plan for peace between Israel and the Palestinians despite Abbas boycotting his administration over his controversial recognition of Jerusalem as Israel's capital.

"The US ambassador in Tel Aviv is a settler and a son of a dog," Abbas said in comments to Palestinian leaders in Ramallah.

Relations between Abbas's government and Trump's administration have broken down since the White House recognised Jerusalem as Israel's capital in December.

The Palestinians also see the disputed city as the capital of their future state and have refused to meet with Trump's envoys since.

Friedman, who was Trump's personal lawyer before being appointed in 2017, is a longstanding supporter of settlement building in the occupied West Bank, considered illegal under international law.

In response to Abbas, Friedman, who is Jewish, told a conference that Abbas's comments could have anti-Semitic connotations.

"His response was to refer to me as son of a dog. Is that anti-Semitism or political discourse? I leave that up to you," he said, according to a US embassy spokeswoman.

Abbas's comments appeared to be in response to a tweet by Friedman earlier on Monday.

In it he referred to an attack in the West Bank as "in the north", raising questions over whether he views it as part of Israeli territory, and accused Abbas's Palestinian Authority (PA) of failing to condemn it.

"Such brutality and no condemnation from the PA!" he tweeted, referring to a Friday car ramming that killed two soldiers and a Sunday stabbing in Jerusalem that left an Israeli dead, both carried out by Palestinians.

Israel has militarily occupied the West Bank and east Jerusalem since 1967.

Abbas's government has limited autonomy in parts of the West Bank, while the Jewish state annexed east Jerusalem in a move never recognised by the international community.

All countries currently have their embassies in Tel Aviv and view the future status of Jerusalem as a matter to be negotiated between the parties.

But in December Trump recognised Jerusalem as Israel's capital and in May Friedman will become the first US ambassador in the city as the embassy is moved.

Abbas had previously said Hamas was responsible as it controls security in the Palestinian enclave, but Monday evening said it was "behind the attack".

Hamdallah was uninjured in last Tuesday's attack, which saw a roadside bomb explode as his convoy entered Gaza in what Palestinian officials have called an assassination attempt.

Six of his security guards were lightly hurt.

In the speech to Palestinian leaders in the West Bank city of Ramallah, Abbas said if the attack had succeeded it would have "opened the way for a bloody civil war".

Hamas did not immediately respond to the comments.

The Islamists and Abbas's secular party Fatah have been at odds since 2007 when Hamas seized control of Gaza in a near civil war.

Abbas controls the internationally recognised Palestinian government, based in the occupied West Bank which Hamdallah leads.

Abbas has previously taken a series of measures, including reducing electricity payments for Gaza's two million residents, in what analysts said was an attempt to punish Hamas.

Hamas and Fatah agreed a reconciliation agreement in October but it has collapsed.