'What I can confirm is they took her and she was brought back,' the source close to Dubai govt said on condition of anonymity. 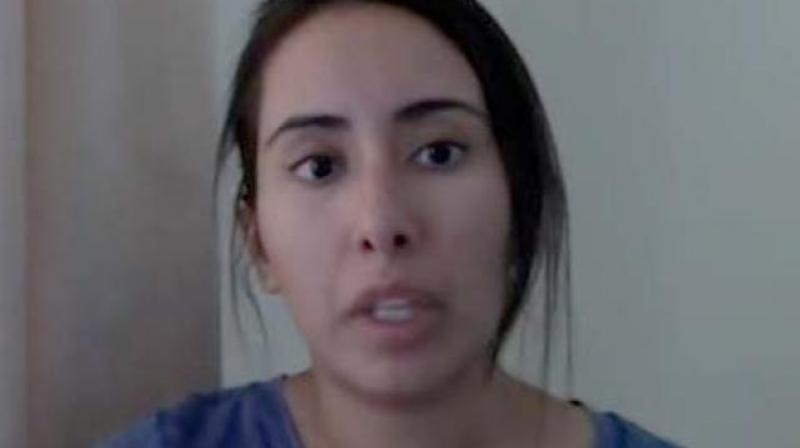 Sheikha Latifa, a daughter of Dubai ruler Sheikh Mohammed bin Rashid Al-Maktoum, first appeared in a YouTube video in March, announcing she was about to flee. (Photo: YouTube Screengrab)

Dubai: A Dubai princess who announced in a video published in March she was fleeing the emirate has since been "brought back", a source close to the Dubai government said on Tuesday.

"What I can confirm is they took her and she was brought back," the source told AFP by phone on condition of anonymity.

The source said he did not know where the royal -- 32-year-old Sheikha Latifa bint Mohammed bin Rashid Al-Maktoum -- was tracked down or by whom, only that she was now "with her family" and "doing excellent".

Sheikha Latifa, a daughter of Dubai ruler Sheikh Mohammed bin Rashid Al-Maktoum, first appeared in a YouTube video in March, announcing she was about to flee.

"I'm making this video because it could be the last video I make," she began.

Dressed simply in a t-shirt with her hair pulled back and sitting by a curtained window, the young woman appeared to be filming the video herself.

She said she was the daughter of the Dubai ruler and an Algerian mother, Horriya Ahmed, and that she had tried to escape in years past -- before she had access to the internet.

"Pretty soon I'm going to be leaving somehow and I'm not so sure of the outcome, but I'm 99 percent positive it will work. And, if it doesn't, then this video can help me because all my father cares about is his reputation," Latifa said.

She said her leaving was "the start of me claiming my life, my freedom".

Over the past month, Latifa's cause has been taken up by a UK-based group called Detained in Dubai, which claims to assist victims of injustice across the United Arab Emirates.

The group said the young woman attempted to flee Dubai by ship, but the vessel was intercepted on March 4 -- less than 50 miles off the coast of India.

Detained in Dubai has since launched a vocal media campaign on behalf of the royal.

The source close to Dubai's government said it was a "private matter" that had been "exploited" -- accusing rival Qatar of fuelling the campaign.

He said Latifa's three main companions who participated in the escape attempt -- a Finnish woman and two French men, one with dual US citizenship -- were wanted in Dubai on previous charges.