'We said ‘no’ to Trump, ‘we will not accept your project’,' Abbas said in a meeting of Palestinian leaders on how to face Trump’s decision. 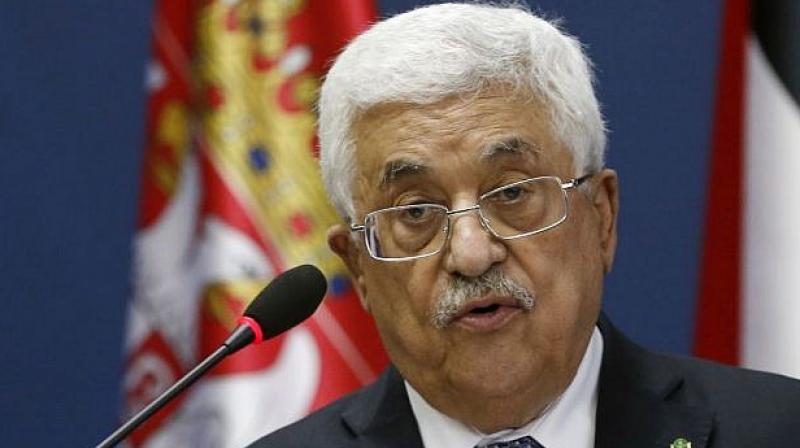 The meeting was called in the wake of Trump’s December 6 declaration on Jerusalem that deeply angered the Palestinians. (Photo: AP)

Abbas also said Israel had “ended” the landmark Oslo peace accords of the 1990s with its actions, while branding the US ambassadors to the UN and to Israel, Nikki Haley and David Friedman, a “disgrace”.

“We said ‘no’ to Trump, ‘we will not accept your project’,” Abbas said at the start of a key meeting of Palestinian leaders on how to face Trump’s declaration.

“The deal of the century is the slap of the century and we will not accept it,” he added, referring to Trump’s pledge to reach the “ultimate deal” -- Israeli-Palestinian peace.

Abbas made his comments at the opening ceremony of the meeting taking place on Sunday and Monday in a marathon speech that lasted some two hours.

The meeting was called in the wake of Trump’s December 6 declaration on Jerusalem that deeply angered the Palestinians.

Abbas had previously said the United States could no longer play any role in the Middle East peace process after Trump’s move.

On Sunday, he said the Palestinians were calling for an internationally led process in which the United States was not the mediator.

He said the Ramallah meeting must take decisions on how to move forward.

“I am saying that Oslo, there is no Oslo,” Abbas said, referring to the agreements that led to the creation of the Palestinian Authority and envisioned a final resolution to the conflict.