At least 41 ISIS suspects have been arrested since the attacks, according to Intelligence Minister Mahmoud Alavi. 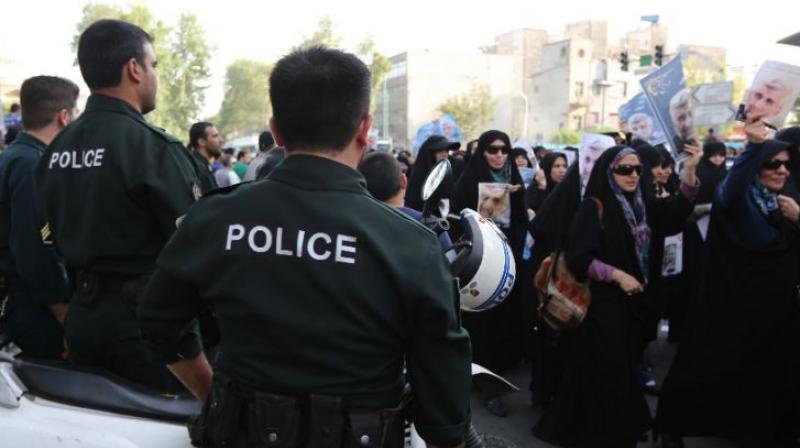 Dozens of suspects have been arrested since the attacks on Wednesday killed 17 people in the first assault in Iran to be claimed by the Islamic State jihadist group. (Photo: AFP/Representational)

Tehran: Iran has tracked down and killed several suspected jihadists including the alleged mastermind of twin attacks in Tehran last week, a security official and a minister have said.

Dozens of suspects have been arrested since the attacks on Wednesday killed 17 people in the first assault in Iran to be claimed by the Islamic State jihadist group.

"Two of the killed criminals were foreign nationals... while the identity of other members is being investigated," Maleki said, adding that weapons and an IS flag were seized during the raid.

Iran has said five Iranians, who had joined IS and travelled to its Iraq and Syria bastions, carried out Wednesday's attacks on the parliament and the shrine of revolutionary leader Ayatollah Ruhollah Khomeini.

Late Saturday, Intelligence Minister Mahmoud Alavi said the alleged mastermind behind the attacks had been tracked down and killed outside the country.

"The mastermind who controlled the team... who had fled outside the country... paid the price for his crimes, with the cooperation of intelligence services of allied countries," Alavi told state television, without providing further details.

At least 41 IS suspects have been arrested since the attacks, according to Alavi, who said Iran has dismantled suspected jihadist cells with increasing frequency in recent months.

In the entire year to March 2017 "we dismantled 45 cells, while in the past two-and-a-half months alone we have dismantled more than 25 terrorist cells," he said.

Officials have reported the arrests of suspected IS members in and around Tehran, as well as in the country's centre, southern governorates, and western provinces near the Iraqi border.