The White House said Trump ‘emphasised his personal belief that peace is possible and that the time has come to make a deal.’ 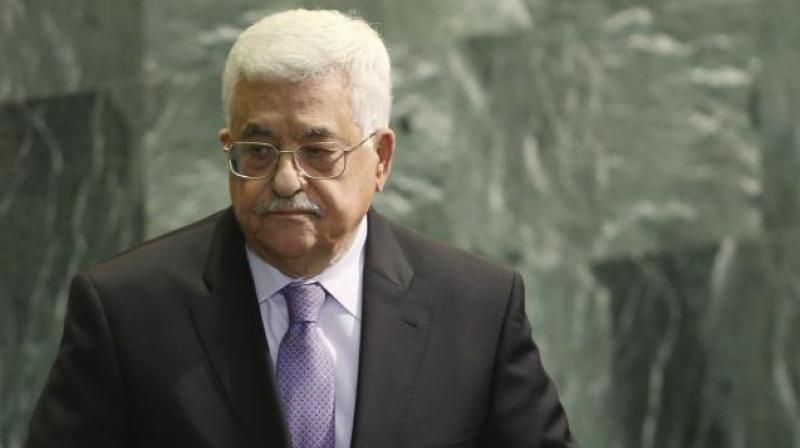 Ramallah: Donald Trump has invited Palestinian leader Mahmud Abbas to visit the White House sometime soon, both sides said after the first phone call between the pair since the US president took office in January.

The spokesman, Nabil Abu Rudeina, said that Trump stressed his "commitment to a peace process that would lead to a real peace between Palestinians and Israelis", Wafa reported.

Abbas told Trump that peace was a "strategic choice" for the Palestinian people that should lead to the "establishment of a Palestinian state alongside Israel".

In Washington, the White House said Trump "emphasised his personal belief that peace is possible and that the time has come to make a deal."

"The president noted that the United States cannot impose a solution on the Israelis and Palestinians, nor can one side impose an agreement on the other," said a statement from Trump's spokesman Sean Spicer.

At that meeting, Trump broke with decades of US policy by saying he was not bound to the two-state solution for ending the Israeli-Palestinian conflict.

The peace process has been deadlocked since April 2014 following the collapse of indirect negotiations led by then US secretary of state John Kerry.

Since Trump came to power, having pledged to lead the most pro-Israel US administration in history, Palestinian officials have been quietly alarmed by their lack of access to senior figures in the White House.

On Tuesday, the US ambassador to the United Nations, Nikki Haley, met for the first time with the Palestinian envoy to the world body, Riyad Mansour.

After the talks, Haley tweeted that the Palestinians should "meet with Israel in direct negotiations rather than looking to the UN to deliver results that can only be achieved through the two parties".

Israel has long favoured direct bilateral talks, while the Palestinians argue they need the international community to ensure Israel follows through on its pledges.

Trump has previously suggested he would move the US embassy from Tel Aviv to Jerusalem, while Israeli right-wingers have encouraged Netanyahu to use Trump's election as an opportunity to formally annex parts of the West Bank into Israel.