In act of revenge, Iran fires missiles at US bases in Iraq 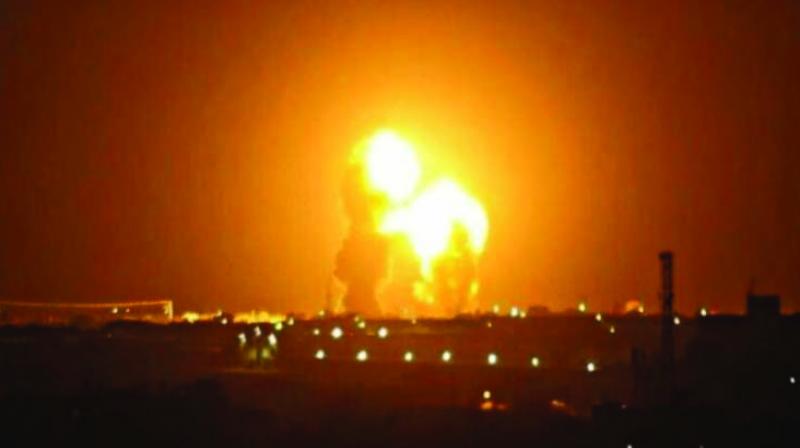 Baghdad/Washington/Dubai: Iranian forces fired missiles at military bases housing the US troops in Iraq on Wednesday in retaliation for the US killing of top Iranian general Qasem Soleimani, raising the stakes in its conflict with Washington amid concern of a wider war in the Middle East.

Iran’s Supreme Leader Ayatollah Ali Khamenei, addressing agathering of Iranians chanting “Death to America”, said that theattacks were a “slap on the face” of the United States and US troops should leave the region.

Tehran’s foreign minister Jaavad Zarif said that Iran took “proportionate measures” in self-defence and did not seek to escalate the confrontation. The next move appeared to lie with Washington.

US President Donald Trump, who ordered the drone strike that killed General Soleimani in Baghdad on Friday, gave an initial response on Twitter: “All is well!”.

Mr Trump, who was impeached last month and faces an election this year, at the weekend threatened to target 52 Iranian sites if Iran retaliated for Soleimani’s killing.

One source said that early indications were of no US casualties, while other US Officials declined to comment.

Iranian television said that 80 “American terrorists” had been killed and US helicopters and military equipment damaged. It provided no evidence of how it obtained that information.

Germany, Denmark, Norway and Poland said none of their troops in Iraq were hurt. Britain, which also has personnel in Iraq, condemned the Iranian action. Iraq said that its forces did not suffer casualties.

More than 5,000 US troops remain in Iraq along with the other foreign forces in a coalition that has trained and backed Iraqi forces against the threat of ISIS militants.

“As we evaluate the situation and our response, we will takeall necessary measures to protect and defend U.S. Personnel,partners, and allies in the region,” Pentagon spokesman Jonathan Hoffman said.

In Tehran, Mr Khamenei said in a televised speech: “Military action like this is not sufficient. What is important is endingthe corrupting presence of America in the region,” renewing Tehran’s long-standing demand for Washington to withdraw its forces.

Iranian foreign minister Mohammad Javad Zarif said the strikes “concluded” Tehran’s response to the killing of General Soleimani, who had been responsible for building up Iran’s network of proxy armies across the Middle East. He was buried in his hometown Kerman on Monday after days of national mourning.

“We do not seek escalation or war, but will defend ourselves against any aggression,” he wrote on Twitter.

Iranian television reported an official in the supremeleader’s office as saying the missile attacks were the “weakest”of several retaliation scenarios. It quoted another source saying Iran had lined up 100 other potential targets.

Tehran’s defence minister said that the missiles were Iranian-built.