The December 6 declaration led Abbas to say the United States could no longer play any role in the Middle East peace process. 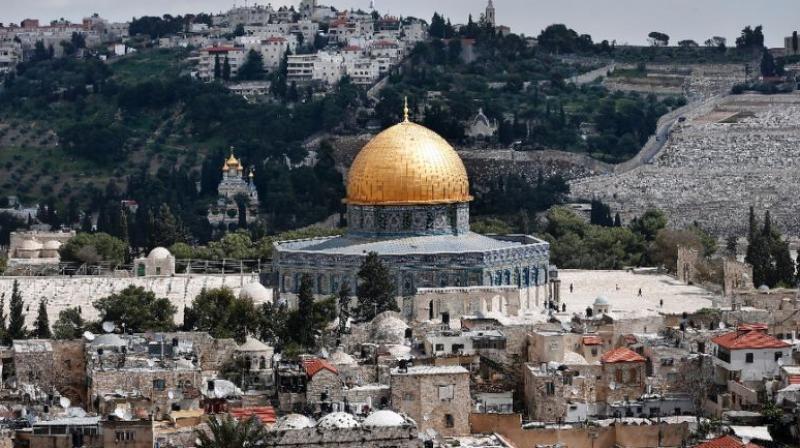 It was not immediately clear whether Trump was threatening all of the budget, worth USD 319 million in 2016, according to US government figures. (Photo: File/Representational)

Ramallah (Palestine):  Palestinian president Mahmud Abbas's office said Wednesday Jerusalem is "not for sale" after US President Donald Trump threatened to cut annual aid of more than USD 300 million to force them to the negotiating table.

"Jerusalem is the eternal capital of the state of Palestine and it is not for sale for gold or billions," Abbas spokesman Nabil Abu Rudeina said, referring to Trump's recognition of Jerusalem as Israel's capital.

The December 6 declaration led Abbas to say the United States could no longer play any role in the Middle East peace process.

"We are not against going back to negotiations, but (these should be) based on international laws and resolutions that have recognised an independent Palestinian state with east Jerusalem as its capital," Abu Rudeina said.

Trump made the funding threat in a tweet on Tuesday, saying: "We pay the Palestinians HUNDRED OF MILLIONS OF DOLLARS a year and get no appreciation or respect."

"With the Palestinians no longer willing to talk peace, why should we make any of these massive future payments to them?"

It was not immediately clear whether Trump was threatening all of the budget, worth USD 319 million in 2016, according to US government figures.

The United States has long provided the Palestinian Authority with much-needed budgetary support and security assistance, as well as an additional USD 304 million for UN programmes in the West Bank and Gaza.

Such programmes are seen by many analysts, including Israelis, as helping maintain stability in the Palestinian territories.