Germany rejects US proposal to join in combating 'Iranian aggression"

The Ministry added that it has always stressed upon giving priority to reducing tensions through diplomatic efforts. 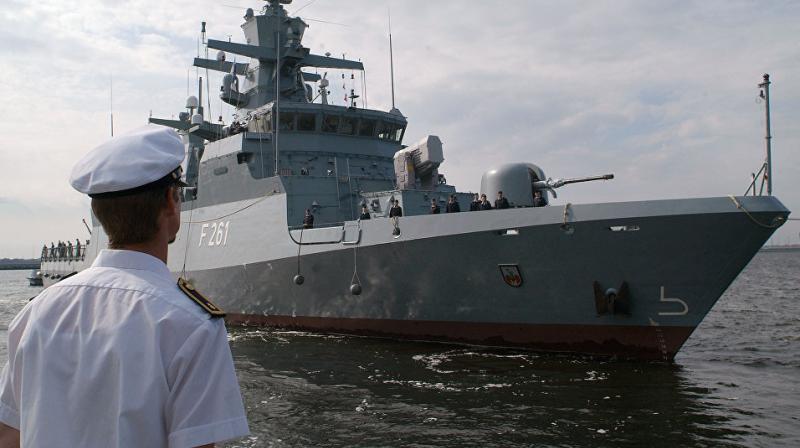 A similar proposal was made last week to numerous countries, including Australia, Japan, South Korea, and Germany by US Secretary of State Mike Pompeo. (Photo: Representational Image/ File)

"The US recently presented its concept of a naval observation mission in the Persian Gulf to a number of its allies, including Germany, and asked them to participate. The government took note of the proposal, but made no promises," a statement by the Ministry read, as cited by Sputnik news agency.

The Ministry added that it has always stressed upon giving priority to reducing tensions through diplomatic efforts.

"We are in close consultation with France and the UK. Participation in the US strategy of 'maximum pressure' is ruled out for us," the statement added.

A spokesperson from the US Embassy in Berlin had said on Tuesday that they had officially asked Germany, France and the UK "to help with securing the Strait of Hormuz and fighting Iranian aggression."

A similar proposal was made last week to numerous countries, including Australia, Japan, South Korea, and Germany by US Secretary of State Mike Pompeo.

The United States is planning to launch a new surveillance and intelligence initiative with its allies to preserve the "free and open passage" for ships in the Straits of Hormuz and in the Persian Gulf, in the wake of the recent seizure of British vessel in the region by Iran.

Washington is concerned that a "miscalculation" by Iran, could lead to an "unintended conflict" in the Gulf. Tensions in the region are high following the recent seizure of a British flag oil tanker by Iran in the Strait of Hormuz.