World   Europe  27 May 2021  Production of another COVID-19 vaccine to begin in weeks
World, Europe

Production of another COVID-19 vaccine to begin in weeks

Manufacturing will begin in the coming weeks to enable rapid access to the vaccine, should it be approved 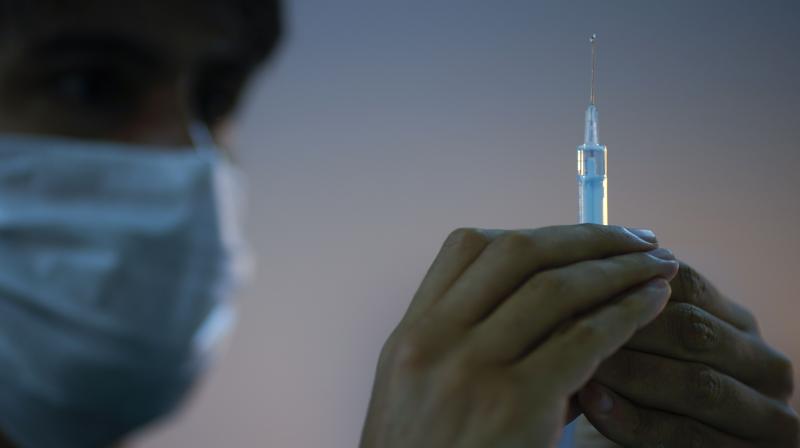 The study will test vaccine candidate formulas against the original coronavirus. (Photo: PTI)

Paris: Production of another potential vaccine against COVID-19 will begin within weeks, its developers Sanofi and GlaxoSmithKline said Thursday as they launched a large trial enrolling 35,000 adult volunteers in the United States, Asia, Africa and Latin America.

The study will test vaccine candidate formulas against the original coronavirus that spread from Wuhan, China, and against the variant first seen in South Africa, the pharmaceutical firms said.

If the trial is successful, regulators could approve the vaccine for use in the last three months of the year, the drugmakers said in a statement.

Manufacturing will begin in the coming weeks to enable rapid access to the vaccine, should it be approved, they said.

Their statement quoted Thomas Triomphe, who leads vaccine research and development at Sanofi Pasteur, as saying: We are encouraged to see first vaccinations starting to take place in such an important, pivotal Phase 3 study."

Earlier this month, the firms said their vaccine candidate triggered strong immune responses in all adult age groups in preliminary trials after an earlier setback, boosting optimism the shot may join the fight against the pandemic this year.

After two doses of the vaccine candidate, participants showed antibodies in line with those found in people who had recovered from the disease, according to results of the previous, smaller trial.

Regulators have already authorized a number of COVID-19 vaccines, though experts say more are needed as public health authorities around the world race to vaccinate their residents amid a pandemic that has already killed more than 3.4 million people and caused economic havoc.