US being treated more fairly by WTO now, we appreciate it: Trump

Trump has complained of differential treatment received by India, China at WTO, even threatened to pull out of the global organisation. 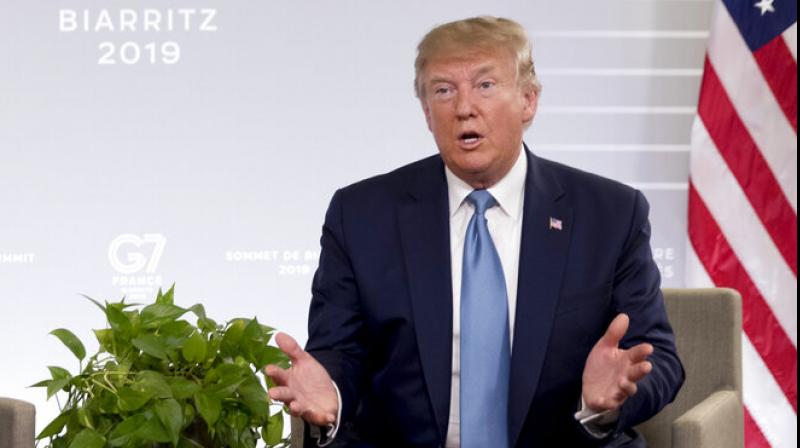 The major US complaint against the WTO is about the dispute settlement mechanism as well as the system by which countries declare themselves as developing countries. (Photo: AP)

Biarritz: United States President Donald Trump on Monday said that his country is being treated more fairly now by the World Trade Organisation (WTO) in view of the US' recent victories in major cases.

"We haven't been happy with the WTO. But now we are winning cases, we won the big airbus case... it was the tremendous case, billions of dollars. That was the most recent victory; we are being treated more fairly now in the WTO, which we appreciate," Trump said at a joint press conference with Prime Minister Narendra Modi at the ongoing G-7 summit here.

Trump in the past complained of the differential treatment received by India and China at the WTO and even threatened to pull the US out of the global trade organisation.

The major US complaint against the WTO is about the dispute settlement mechanism as well as the system by which countries declare themselves as developing countries. Trump argued that the countries which are part of the OCED and G20, which includes both India and China, should not be treated as developing.