Saudi Foreign Minister said that calls for the crown prince to be held accountable for grisly killing of Khashoggi would not be tolerated. 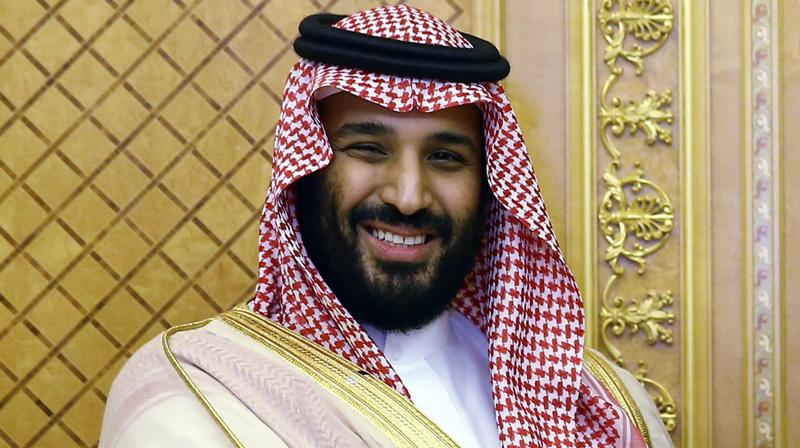 Khashoggi, a US resident who wrote for The Washington Post and had been critical of Prince Mohammed, was lured to the Saudi consulate in Istanbul on October 2, killed and reportedly dismembered. (Photo: File)

London: Saudi Arabia has warned criticism of Crown Prince Mohammed bin Salman is a "red line", after Donald Trump heaped praise on the kingdom in defiance of warnings he was giving Riyadh a pass on a journalist's grisly murder.

Saudi Foreign Minister Adel al-Jubeir said on Wednesday that calls for the crown prince to be held accountable for the grisly killing of Jamal Khashoggi would not be tolerated.

His comments came as the US president praised Saudi Arabia for keeping oil prices low -- one strand of his argument against punishing Riyadh even though the CIA reportedly found strong evidence that the crown prince, the de facto Saudi leader, was involved in the murder.

"In Saudi Arabia our leadership is a red line. The custodian of the two holy mosques (King Salman) and the crown prince are a red line," Jubeir told the BBC.

Khashoggi, a US resident who wrote for The Washington Post and had been critical of Prince Mohammed, was lured to the Saudi consulate in Istanbul on October 2, killed and reportedly dismembered.

After lengthy denials, Saudi authorities admitted responsibility and said 21 people had been taken into custody. However, a CIA analysis leaked to the US media went further, reportedly pointing the finger at the crown prince.

But Trump, on holiday at his Florida Mar-a-Lago Club on Wednesday, doubled down on a statement from Tuesday that he was essentially ignoring the killing of Khashoggi because of what he said were more important US strategic and commercial interest

"Oil prices getting lower. Great! Like a big Tax Cut for America and the World. Enjoy! USD 54, was just USD 82," he tweeted. "Thank you to Saudi Arabia, but let's go lower!"

Jubeir insisted that Prince Mohammed had not been involved in the killing.

"We have made that very clear. We have investigations ongoing and we will punish the individuals who are responsible for this," he said.

He called on Turkey to come forward with all its evidence about the slaying and stop leaking out information.

The foreign minister said the murder was a "rogue operation" by intelligence officers.

Jubeir also said any possible US sanctions on Saudi Arabia would be short-sighted.