Trump doubts global warming has a human cause and said he may ‘cancel’ the Paris Agreement. 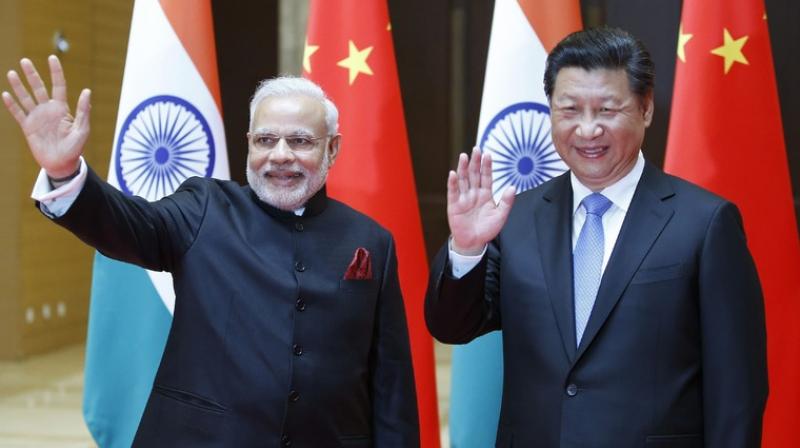 China and India are on track to over-achieve on their Paris goals for limiting their rising greenhouse gas emissions by 2030, making up for less US ambition, according to a Climate Action Tracker (CAT) report compiled by European researchers. (Photo: AFP)

Bonn (Germany): Many countries are pinning their hopes on India and China to lead efforts to slow climate change amid a growing sense of resignation that US President Donald Trump will either withdraw from a global pact or stay and play a minimal role.

Delegates at the May 8-18 negotiations in Bonn on a detailed "rule book" for the 2015 Paris Agreement, the first UN talks since Trump took office, say there is less foreboding than when Washington last broke with global climate efforts in 2001.

Trump doubts global warming has a human cause and says he will decide on a campaign threat to "cancel" the Paris Agreement, the first to bind all nations to set goals to curb emissions, after a group of Seven summit in Italy on May 26-27.

"The time when one big player could affect the whole game is past," said Ronald Jumeau, climate ambassador for the Seychelles.

"There would be a void without the US, but China and India seem to be increasing their effort."

Big emitters led by China, the European Union and India have reaffirmed their commitment to Paris, which seeks to phase out greenhouse gas emissions this century by shifting to clean energies. By contrast, Trump wants to favour US coal.

Many delegates note that the 1997 Kyoto Protocol, a forerunner to the Paris Agreement which obliged only rich nations to cut emissions, survived after ex-President George W. Bush decided in 2001 against taking part, albeit in a weakened form.

"We have a good lesson from the Kyoto Protocol. We moved on without the US," said Gebru Jember Endalew of Ethiopia, who chairs the 48-nation group of least developed nations that are among those at risk from more heatwaves, floods and rising seas.

"We are seeing new leaders" among emerging economies, he said.

Still, the Paris Agreement, designed by the administration of US President Barack Obama, would be hit by Washington withdrawing, especially if billions of dollars in US-led finance to help developing nations were to dry up, delegates say.

"It risks a corrosive effect on global ambition," said Elliot Diringer of the US Center for Climate and Energy Solutions.

In 2001, Bush said cuts in emissions under Kyoto, which had been signed by the Clinton administration, would drain jobs from the United States and that Kyoto wrongly omitted targets for China and India to cut emissions.

Now, however, China and India are on track to over-achieve on their Paris goals for limiting their rising greenhouse gas emissions by 2030, making up for less US ambition, according to a Climate Action Tracker (CAT) report compiled by European researchers.

"Rollbacks by President Trump are unlikely to have a major impact on global emissions by 2030," it said, projecting that China and India would rely less heavily than expected on coal.

Trump's pro-coal policies could lead to a flattening of US emissions in coming years after a fall of 11.5 per cent in the past decade, it said. And falling prices for solar and wind power make clean energies ever more attractive.

"You have to have the US on board ultimately" to achieve the goals set by the Paris Agreement, said Bill Hare, a CAT author at Climate Analytics. "But if there's a hiatus for four years it doesn't mean it's the end of the game."

Among the uncertainties for the Paris Agreement is Russia, the only major emitter that has not yet formally ratified the pact. So far, 146 countries have ratified it.

"We support the Paris Agreement and we plan to address the issue of ratification when we have a clear picture of how the entire landscape stands," Russia's chief delegate Oleg Shamanov said. He noted that Moscow helped save the 1997 Kyoto pact by ratifying, in 2004.