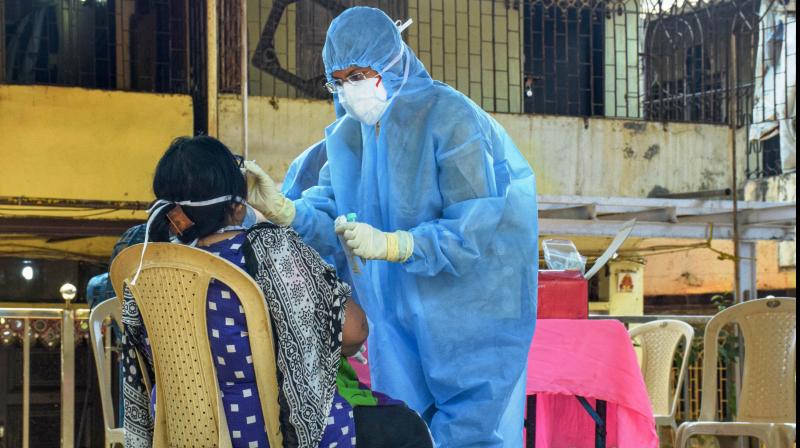 A medical official checks a patient to ensure the possibilities of COVID-19 disease during a nationwide lockdown, imposed in the wake of coronavirus pandemic. (PTI)

Paris: More than two million cases of the new coronavirus have been officially registered around the world, half of them in Europe, according to a tally compiled by AFP at 1000 GMT Wednesday based on official sources.

The tallies, using data collected by AFP from national authorities and information from the World Health Organization (WHO), probably reflect only a fraction of the actual number of infections. Many countries are testing only the most serious cases.