From Brexit to Donald Trump, Europe reels from year of crisis

Tusk warned at the time that the 'Western political civilisation' that has kept Europe at peace since World War II was now at risk. 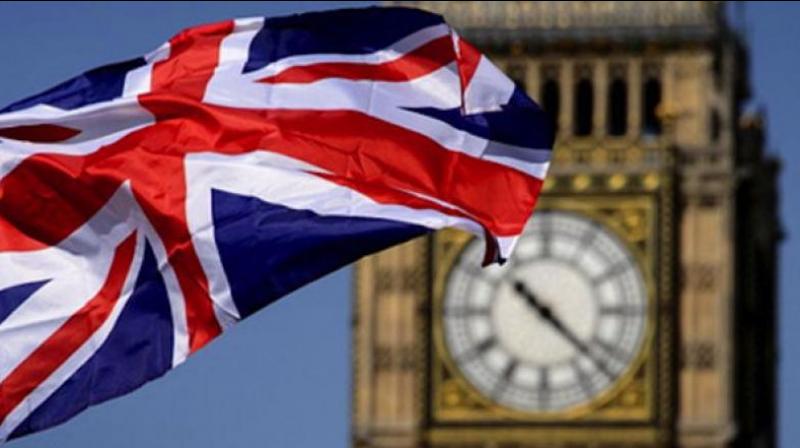 On Sunday foreign ministers from the 28 EU countries will hold talks in Brussels on the impact of a president who has previously questioned the decades-old transatlantic pact to defend the continent. (Photo: AFP/Representational Image)

Brussels, Belgium: The European Union's founders believed its unity would be forged in crisis, but after Brexit and the election of Donald Trump the bloc and the geopolitical order that underpin it look shakier than ever.

On Sunday foreign ministers from the 28 EU countries will hold talks in Brussels on the impact of a president who has previously questioned the decades-old transatlantic pact to defend the continent.

With populists on the rise, Russia an increasingly menacing presence to the east, the migration crisis and the endless fallout from the eurozone debt crisis, many fear perpetual turmoil.

EU President Donald Tusk said on Wednesday that the events of 2016 were a "warning sign for all who believe in liberal democracy", and urged Europe to "finally get our act together".

But Trump's election has made it harder to regroup, given that Europe -- while trying to stay pragmatic in dealing with Washington -- has no idea what to really expect from the billionaire.

"I have not had anyone teary on my shoulder -- but everyone is saying 'What does it mean?' and everyone is trying to interpret it," one European diplomat said on condition of anonymity.

Another EU official added: "We don't know what to expect and that is the reality. A lot was said during the campaign that, if made into policy, would represent a serious change to US foreign policy."

Soul-searching has been the order of the day in Brussels ever since the body-blow of Britain's vote in June to become the first country to leave the EU in its 60-year history.

Tusk warned at the time that the "Western political civilisation" that has kept Europe at peace since World War II was now at risk.

That "civilisation" has seen both sides of the Atlantic broadly sharing the same commitment to the free market and liberal democracy, with America propping up Europe's defences.

Until now. Trump's campaign threats to abandon the collective defence pledge that is the bedrock of the NATO military alliance was a major shock for Europe and now the EU is wondering what next.

Both Germany's Angela Merkel and France's Francois Hollande have called on Trump to uphold democratic values in a sign of Europe's concerns.

Trump's apparent closeness to Russia will also be ringing alarm bells in Europe as it debates whether to keep up sanctions over the Ukraine crisis and looks for solutions to the conflict in Syria.

"But a Trump administration will increase US isolationist tendencies, which is a further blow to this leadership role."

Rattled European leaders have issued calls, after both Brexit and the Trump win, for Europe to seize its own destiny and tackle what they have dubbed a "polycrisis".

Trump and Brexit are at least being seen in some quarters as an opportunity to boost EU unity, with the bloc's foreign policy chief Federica Mogherini saying it can be a "superpower" for peace and pushing with long-stalled plans for an EU army.

Officials insist the bloc is more resilient than it is given credit for -- just as the EU's founding father Jean Monnet wrote in his memoirs that "Europe will be forged in crises".

But so far the EU's main response has been its time-honoured one: call more meetings. Analysts say that is not enough.

"Europeans are muddling through," Judy Dempsey of the Carnegie Europe think-tank told a seminar this week. "One wonders how many wake-up calls the Europeans actually need to do something."

The timing is increasingly urgent. France holds presidential elections next year and far-right leader Marine Le Pen's chances of pulling off a Trump-like coup are suddenly being taken more seriously.

Far-right parties are also hoping for a boost in polls in the Netherlands and Austria, while Merkel, increasingly taking a role as the EU's moral anchor, is up for re-election.

Brexiteer-in-chief Nigel Farage exults over what many others fear.

"Don't think that the democratic revolution is over," he tweeted. "There are plenty more shocks to come. 2017 may surprise us as much as 2016."