‘Shame is sealed as a new value’: Outrage over Nobel for Peter Handke

Emir Suljagic, a survivor of the massacre of more than 8,000 Muslim males from Srebrenica by Serbs, echoed him. 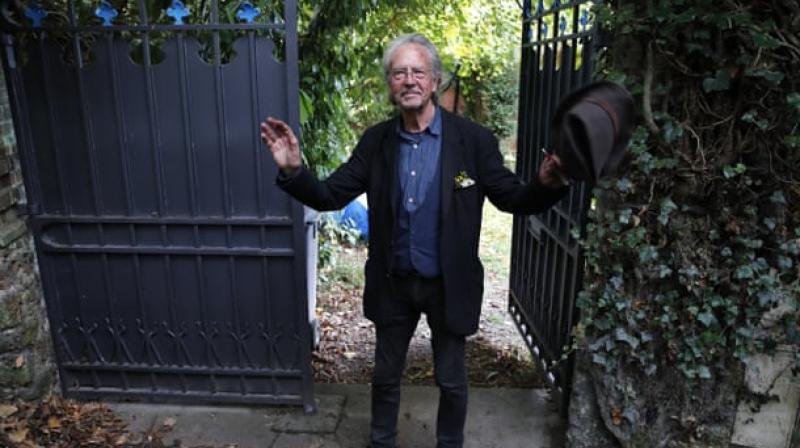 In the 1990s, Handke emerged as a vocal defender of the Serbs during the bloody collapse of the former Yugoslavia, even comparing them to Jews under the Nazis, a remark he later retracted.

His 1996 travelogue "A Journey to the Rivers: Justice for Serbia", caused a storm, and in 1999 he returned Germany's prestigious Buechner prize in protest at NATO's bombing of Belgrade.

"Never thought would feel to vomit because of a Nobel Prize," Albanian Prime Minister Edi Rama wrote on Twitter.

"Given disgraceful choice made from a moral authority like the Nobel Academy, shame is sealed as a new value. No, we can't become so numb to racism and genocide."

"It is shameful that the Nobel Prize committee easily neglected the fact that Handke was justifying and protecting Slobodan Milosevic and his executors (Bosnian Serb wartime leader) Radovan Karadzic and (his army chief) Ratko Mladic sentenced by a UN court ... for the most severe war crimes including genocide," he said in a statement.

Bosnian actor Nermin Tulic, who was seriously injured during the 1992-1995 siege of Sarajevo by Bosnian Serb forces, greeted the award by tweeting an emoticon of a smiley vomiting.

Liberal Sarajevo politician Reuf Bajrovic said he could not understand that a jury thought that "Handke is a great writer and that his support to Slobo (Milosevic) and genocide makes part of his work great".

Emir Suljagic, a survivor of the massacre of more than 8,000 Muslim males from Srebrenica by Serbs, echoed him.

"A Milosevic fan and notorious genocide-denier gets Nobel prize in literature ... What a time to be alive," Suljagic, a Sarajevo-based professor of international relations tweeted in English.

The 1995 Srebrenica massacre, the worst atrocity in Europe since World War II, was deemed genocide by international justice.

The reaction was similar in Kosovo, which was devastated by the 1998-1999 war between Serb forces and pro-independence ethnic Albanian guerillas.

At the 2006 funeral of Milosevic -- who died while on trial for crimes against humanity, and who wanted Handke to testify in his defence -- the writer made a speech in front of thousands of mourners.

Some stood up for Handke, including Nobel-winning compatriot Elfriede Jelinek. But many others, from Susan Sontag to Salman Rushdie, lined up to lambast him.

Serbia newspapers hailed that the Nobel Prize was awarded to a "friend of Serbs" who has been a member of the country's academy of sciences and arts since 2012.