'This situation now risks deteriorating, but it will be step by step and not a collapse all in one go,' said a senior European diplomat. 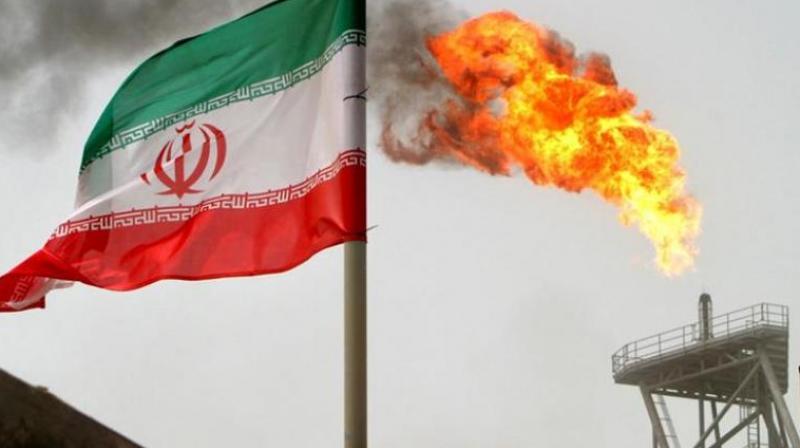 The Iran accord, one of the West's biggest foreign policy achievements until US President Donald Trump pulled out in May 2018, lifted punishing United Nations' sanctions on Iran in return for Iranian compliance with the deal. (Representational Image)

Brussels: The European Union will defend the Iran nuclear accord despite Tehran's decision to backtrack on its commitments in response to US sanctions, diplomats believe, but European powers expect it to collapse without a deal to sell Iranian oil to China or India.

Britain, France and Germany, which signed the 2015 deal along with the United States, China and Russia, are determined to show they can compensate for last year's US withdrawal from the accord, protect trade and still prevent Tehran from developing a nuclear bomb.

But with Iran's economy dependent on crude exports that are traded in US dollars, a promised European trade channel to bypass American sanctions has proved complicated, is not yet operational, and may never be able to handle oil sales.

"This situation now risks deteriorating, but it will be step by step and not a collapse all in one go," said a senior European diplomat. A French diplomat talked of a "negative spiral" in which trade in food and medicines was simply not enough, while another European envoy spoke of Iran's "phased exit" from the deal.

The Iran accord, one of the West's biggest foreign policy achievements until US President Donald Trump pulled out in May 2018, lifted punishing United Nations' sanctions on Iran in return for Iranian compliance with the deal.

Iran has met its terms but Trump withdrew because he believes the accord did not curtail Tehran's ballistic missile programme or address Iranian involvement in Syria's civil war, something Europeans argue the 2015 deal was not designed to do.

The European Union says that can still be done without tearing up the nuclear accord, which put strict limits on Iranian enrichment.

Iranian President Hassan Rouhani warned on Wednesday that Tehran could resume enrichment at a higher grade if the European powers, China and Russia did not do more to circumvent US sanctions on banking and energy to boost trade.

European diplomats and officials reject any ultimatum and some believe they still have time to save the deal. One senior EU official said it is too early to consider European sanctions that can snap back in case of Iranian non-compliance.

"Iran's announcements are not a violation or a withdrawal of the nuclear deal," the senior EU official said. "It is for the International Atomic Energy Agency to assess Iran's compliance ... if Iran breaches the agreement, then we would react."

Others are more pessimistic.

Once Europe's biggest supplier, Iran has seen its exports gradually cut off from European buyers by sanctions, starting last November and then on May 2, when Washington removed the last waivers to Italy and Greece. China, India and Turkey are also among those who lost their waivers this months.

EU officials estimate Iran needs to sell about 1.5 million barrels a day to keep its economy afloat, but sales risk falling below 1 million a day, bringing hardship and potentially economic crisis to Iranians.

The EU's special trade channel, known as INSTEX, was proposed by Russia as a barter system for Iranian oil in exchange for European goods, but it may not be operating before the end of June and its capability is limited.

"Instex isn't the solution because it will only serve food and medicine needs, not oil," a second European diplomat said. "Anyway, the structure is not completed."

China to the rescue?

Led by a German banker, INSTEX relies on Iran to set up a so-called mirror company that must meet international anti-fraud requirements. Officials and diplomats say progress is slow.

Draft laws are still pending, while a lack of transparency in Iran's financial system is also a problem. The US decision to sanction Iran's Revolutionary Guard (IRGC), which controls part of Iran's economy, is another complication.

"As a partner to Iran, those who use INSTEX have to be extremely vigilant that at the other end of the operation it doesn't benefit entities linked to the IRGC," the European diplomat said.

Europe's plan B is for China or India to buy Iranian oil.

China, which increased imports of Iranian crude in April, says it opposes unilateral US sanctions against Iran and will defend the rights of its companies. Foreign ministry spokesman Geng Shuang said the Iran deal should be fully and effectively implemented, although it was not clear what China would do to support it.

India, Iran's biggest oil client after China, has by contrast almost halved its Iran oil purchase since November. So far, Indian officials have said they will seek oil from other suppliers.

EU officials say Delhi has expressed interest in joining INSTEX to buy Iran's oil, but discussions have barely begun, and questions remain about whether this is even feasible.

"It shows Europe's impotence that they are pushing China and India to do what they can't," said Sanam Vakil, a senior research fellow with the Middle East North Africa Programme at Chatham House.

"I'm not sure the Europeans are thinking in a big way about what to do. It's very clear there are no meaningful economic options they can offer Iran," she said.

China can still do that but would risk US sanctions.

Beijing has also held talks with Washington over the issue, the officials said, but it was not clear how far they had progressed.

"The Iranians say the Europeans must do more, but what about the Chinese and the Russians? They have not done much. The Chinese have dragged their feet in several areas because of US sanctions," a third European diplomat said.

Sanam Vakil said the three European powers should focus on high-level diplomacy to kick-start negotiations between the deal's remaining stakeholders and Washington to preserve the accord.

"It will (die) without a mandated effort on behalf of the E3 to keep the deal alive," she said.