Brexit negotiations are ready to move into the second phase of talks on future relations. 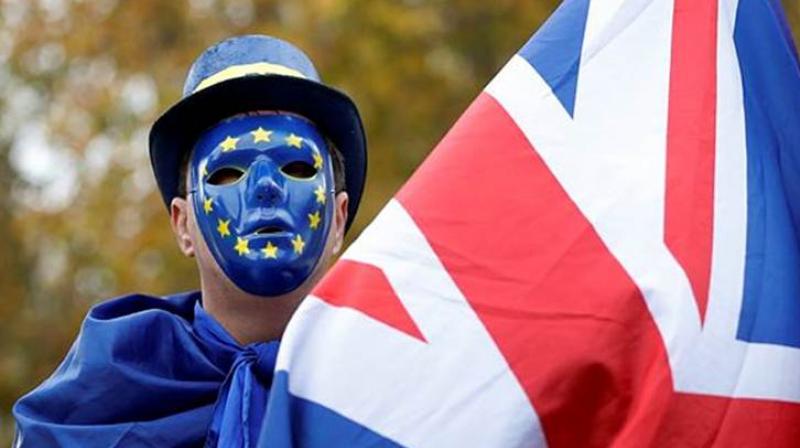 The European Commission said on Friday that enough progress had been made in Brexit negotiations. (Photo: AP)

The European Commission said on Friday that enough progress had been made in Brexit negotiations to allow a second phase of talks on future relations to begin. The following is a summary of a joint report showing the agreements on three key topics.

Refers to British citizens, including spouses and children, living in an EU state and other EU nationals living in Britain on date of its withdrawal.

It does specify whether British citizens may move from one EU state to another and retain the same rights. Citizens with permanent residence documents should get new ones free of charge and can be absent for up to five years without losing their rights.

Equal treatment will cover rights with respect to social security, health care, employment and education. The European Court of Justice (CJEU) is the ultimate arbiter of EU law.

The agreement states that “UK courts shall therefore have due regard to relevant decisions of the CJEU.” EU and Britain have agree to set up a mechanism enabling UK courts to ask the CJEU to weigh in when necessary during an eight year period following Brexit.

Britain promises to preserve the integrity of its own internal market and Northern Ireland’s place within it. It says it does not want a hard border between Ireland and Northern Ireland, saying it aims to avoid checks and controls there via a future EU-UK economic relationship.

If this is not possible, Britain says it will propose “specific solutions to address the unique circumstances.”

In the absence of such solutions, Britain will “maintain full alignment with those rules of the Internal Market and the Customs Union which, now or in the future, support North-South cooperation, the all-island economy and the protection of the 1998 (Good Friday peace) Agreement.”

It pledges to ensure there are “no new regulatory barriers” and “unfettered access” for Northern Ireland’s businesses to the rest of Britain. Both parties acknowledge 1998 agreement recognises birth right of all people of Northern Ireland to be Irish, British or both.

“Both Parties have agreed a methodology for the financial settlement…drawn up and paid in euro.” The settlement will be calculated in terms of a percentage of the budget for 2014-2020, with Britain contributing as if it had stayed in the EU for 2019 and 2020 and including a British rebate.

Following its withdrawal from the EU, the UK will continue to participate in the EU programmes financed by the 2014-2020 budget until their closure.

Beyond then, Britain will remain liable for its share of the EU’s contingent liabilities, such as financial assistance or operations managed by the European Investment Bank (EIB): “The UK liability will be limited to decisions on each financial operation adopted prior to the date of withdrawal.”

To avoid a disruption to the EIB’s operations, Britain will provide a guarantee for an amount equal to its callable capital. This guarantee will decrease over time. “The UK share of the paid-in capital will be reimbursed in 12 annual instalments starting at the end of 2019.

The first eleven instalments will be 300 million euros each and the final one will be 195,903,950 euros.” On the European Central Bank, “the paid-in capital of the UK in the ECB will be reimbursed to the Bank of England (BoE) after the date of withdrawal.”