'It's complicated': says Germanys of its ties with US

US President Donald Trump had recently ordered the US military to remove 9,500 troops from Germany 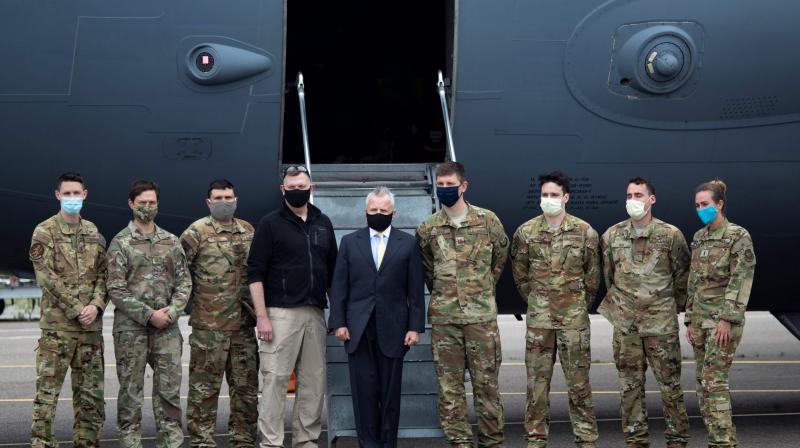 US Ambassador to Russia John Sullivan (C) poses with US soldiers at Vnukovo International Airport outside Moscow, on June 4, 2020, upon the landing of a shipment carrying medical aid donated by the United States, including ventilators, in order to help Russia tackle the coronavirus outbreak. (AFP)

President Donald Trump has ordered the U.S. military to remove 9,500 troops from Germany, a senior U.S. official said on Friday.

“Should it come to the withdrawal of part of the U.S. troops, we take note of this. We appreciate the cooperation with the U.S. forces that has developed over decades. It is in the interests of both our countries,” Maas told Bild am Sonntag.

Maas acknowledged problems in Germany’s relationship with the United States, saying: “We are close partners in the transatlantic alliance. But: It is complicated.”

A U.S. official, who did not want to be identified, said on Friday the troops move was the result of months of work by the top U.S. military officer, General Mark Milley, and had nothing to do with tensions between Trump and Merkel, who thwarted Trump’s plan to host a G7 meeting this month.