Trump spoke about gun laws in France and Britain during a free-wheeling speech in front of gun owners in Texas on Friday. 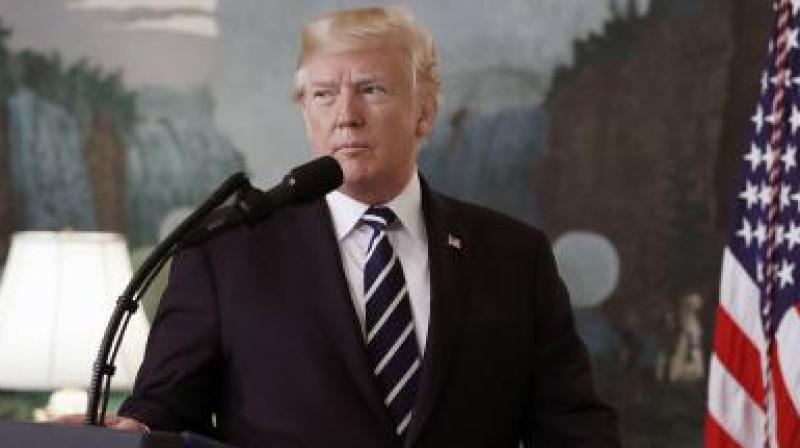 Trump spoke about gun laws in France and Britain during a free-wheeling speech in front of gun owners in Texas on Friday. (Photo: File)

Paris: France on Saturday condemned remarks by US President Donald Trump about the 2015 attacks in Paris and called on him to show respect for the victims of the bloodshed that saw terror attack the Bataclan concert hall and other targets.

"France expresses its firm disapproval of the comments by President Trump about the attacks of November 13, 2015, in Paris and asks for respect of the memory of the victims," foreign ministry spokeswoman Agnes von der Muhll said in a statement.

Trump spoke about gun laws in France and Britain during a free-wheeling speech in front of gun owners in Texas on Friday.

"Nobody has guns in Paris and we all remember more than 130 people, plus tremendous numbers of people that were horribly, horribly wounded. You notice nobody ever talks about them," he told the audience.

"They were brutally killed by a small group of terrorists that had guns. They took their time and gunned them down one by one," Trump added.

The November 2015 attacks by gunman loyal to the ISIS terror group were the worst in France's history and left the capital and wider country deeply traumatised.

Terrorists armed with assault rifles and suicide vests struck outside a France-Germany football match at the national stadium, cafes and bars, and the Bataclan concert hall in a coordinated assault that left 130 people dead and more than 350 wounded.

The comments from Trump came less than a week after French President Emmanuel Macron visited Washington as guest of honour for a state visit which saw both of the leaders eager to stress their friendship.

Former French president Francois Hollande and ex-prime minister Manuel Valls, who were in power at the time of the 2015 attacks, expressed their outrage in separate statements on Saturday.

Hollande called Trump's remarks "shameful" and said they "said a lot about what he (Trump) thinks of France and its values."

Valls wrote on Twitter "indecent and incompetent. What more can I say?"