The January phone call between Trump and Prime Minister Malcolm Turnbull was widely reported at the time. 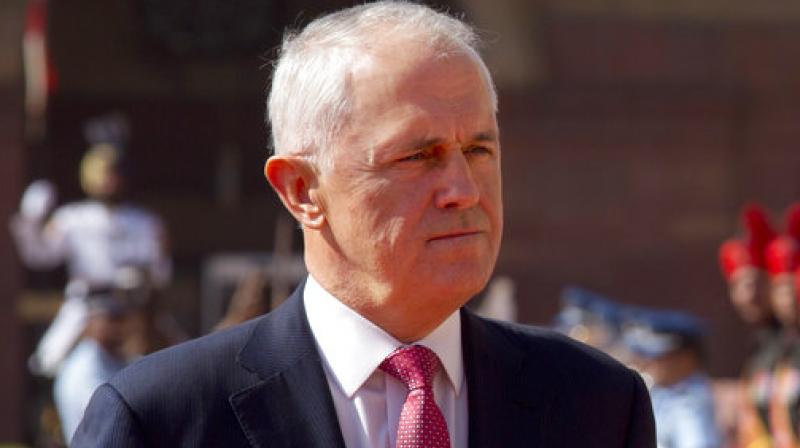 Australia refuses to settle any refugees who come to its country by boat, in a bid to discourage the dangerous and often deadly ocean crossings. (Photo: File)

Sydney: Australia's Prime Minister insisted on Friday that his relationship with President Donald Trump was "warm," despite transcripts of a heated conversation in which the leaders sparred over a refugee deal.

The January phone call between Trump and Prime Minister Malcolm Turnbull was widely reported at the time. But the transcripts published Friday by The Washington Post offered new details into the conversation, which focused on an Obama-era refugee deal under which the United States will take up to 1,250 refugees that Australia houses in detention camps on the Pacific island nations of Nauru and Papua New Guinea.

According to the transcript, Trump told Turnbull the agreement was "stupid," ''disgusting" and "horrible," adding: "This deal will make me look terrible... I am going to get killed on this thing."

"It was a courteous, frank conversation as President Trump said," Turnbull told reporters in the west Australian town of Broome when asked about the transcripts. "We're both adults. I stand up for Australia's interests, he stands up for America's interests. We have a warm relationship."

Trump originally said reports characterizing the conversation as testy were "fake news" made up by the media, and insisted the call had been civil. Trump repeated his assertion that the reports were "fake news" when he and Turnbull met in New York in May, to which Turnbull responded: "Yes, that's exactly right."

But the transcript showed the exchange was indeed fraught, with Trump at one point saying his conversation with Russian President Vladimir Putin had been nicer. "That is enough, Malcolm. I have had it," Trump said, according to the transcript. "I have been making these calls all day, and this is the most unpleasant call all day. Putin was a pleasant call."

On Friday, Turnbull dodged a reporter's question over whether he regretted characterizing the earlier media reports about the conversation as fake.

"The discussion was a frank one, as the president said, between adults," Turnbull replied. "We've both had plenty of experience in frank discussions."

Australia refuses to settle any refugees who come to its country by boat, in a bid to discourage the dangerous and often deadly ocean crossings.

Instead, the country pays Nauru and Papua New Guinea to keep asylum seekers in camps, where they live in harsh conditions that have been condemned by rights groups.

The Australian government has said it expects the first refugees to depart for the US in October.