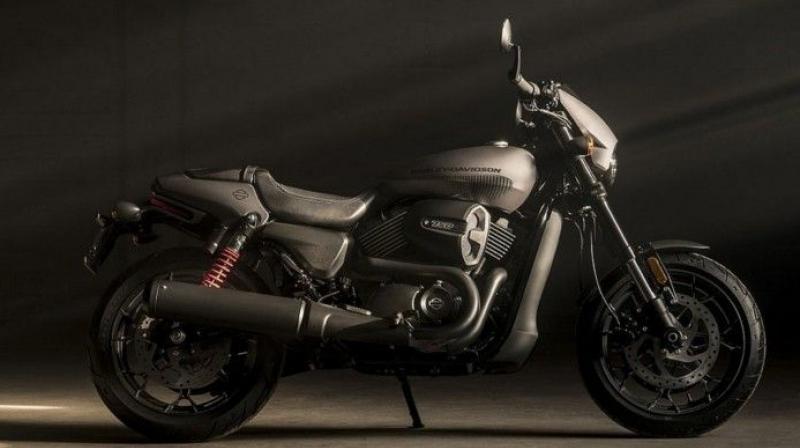 Brussels: Europe has drawn up a list of US products from bourbon to Harley Davidson motorbikes on which to apply tariffs if US President Donald Trump follows through on a plan to impose global duties on aluminium and steel.

"We are here and they will get to know us. We would like a reasonable relationship to the United States, but we cannot simply put our head in the sand."

Trump said on Thursday the United States would apply duties of 25 percent on imported steel and 10 percent on aluminium to protect domestic producers.

Read also: 'No exclusions' for countries from Trump tariffs: US official

The European Commission has said any counter-measures would conform to World Trade Organization (WTO) rules.

Trump tweeted on Friday that trade wars are good and "easy to win".

Brussels will join other countries in challenging the measures at the WTO and says it will also look into safeguards.

Safeguard measures, last deployed in 2002 in response to steel import duties set by then US President George W. Bush, would be designed to guard against a flood of imports resulting from the US tariffs set to be formally announced next week.

However, they would have to apply to selected steel grades from all countries and so would hit producers from China, India, Russia, South Korea or Turkey.

US steel makes up less than 1 percent of EU steel imports.

The EU sees itself as a global counterweight to a protectionism-inclined Trump, sealing a trade deal with Japan, which had been part of a planned trans-Pacific trade alliance Trump withdrew from on his first day in office.

Full-scale retaliation would go against its long-standing message that global trade should be free - as well as fair.

Clemens Fuest, the president of Germany's Ifo economic institute, told the Bayerischer Rundfunk broadcaster "a clear answer, but a limited one" was required in response.

Data from European steel association Eurofer shows the United States was the destination of about 15 percent of Europe's steel exports in 2017.

The 3.4 million tonnes crossing the Atlantic is about 2 percent of EU steel production. Including tubes, the figure is 5 million tonnes, which Eurofer said could be cut in half by the US measures.

Arcelor Mittal, the world's biggest steelmaker with sizeable European and US operations, said it was assessing the likely impact, while adding governments were right to take a tough approach to unfair trade.

Turkey's steel exporters association said it did not expect a major impact. Its exports make up more than 5 percent of US steel imports.

Analysts from Jefferies said the actual measures announced next week could be more nuanced than an across-the-board 25 percent tariff for steel, which it said was politically unfeasible and viewed as a direct tax on U.S. consumers.

Europe, they said, was likely to respond quickly with safeguard measures.

BSC analysts said the short-term impact for Russian steel stocks should be limited and said the measures were a "zero issue" for aluminium producer Rusal.

Commerzbank said that even if the United States achieved its goal of reducing imports by implementing steep trade tariffs, the impact should be limited.

"The planned reduction in US imports accounts for only just shy of 3 percent of global imports in the case of aluminium. The equivalent figure for steel is only roughly 1.5 percent," said the bank.