Trump met Kim in the demilitarised zone between North and South Korea, making him first sitting US president to set foot in the territory. 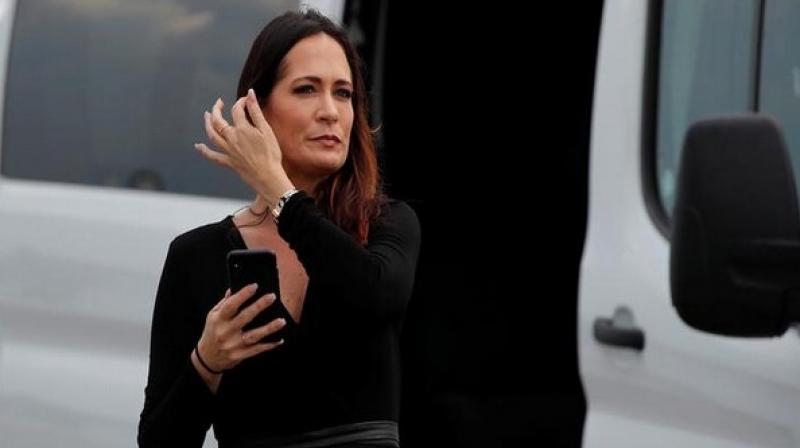 A source at the scene said, Stephanie Grisham got in ‘an all-out brawl’ with North Korean officials. (Photo: ANI)

Seoul: The new White House press secretary, Stephanie Grisham, got into a brawl with North Korean officials on Sunday outside a meeting room where US President Donald Trump and North Korean leader Kim Jong-un were talking privately in the demilitarized zone between North and South Korea on Sunday.

CNN reported citing a source at the scene saying, Grisham got in "an all-out brawl" with North Korean officials. Grisham was bruised a bit in the scuffle, the source added.

Trump met Kim in the demilitarised zone between North and South Korea, making him the first sitting US president to set foot in the former enemy territory.

"Stepping across that line was a great honour," Trump said, adding that his and Kim's was a "great friendship," CNN reported.

After a handshake with Kim, Trump walked 20 steps into North Korea. He also invited Kim to the White House.

It may be noted that no North Korean leader has visited the US so far.

"I'll invite him to the White House right now," Trump said, shortly after becoming the first sitting US President to cross into North Korea.

"It's good to see you again. I didn't expect to meet you at this place," said Kim.

This was the third time this year that the two leaders are coming face to face, the last meeting being in May at Hanoi.