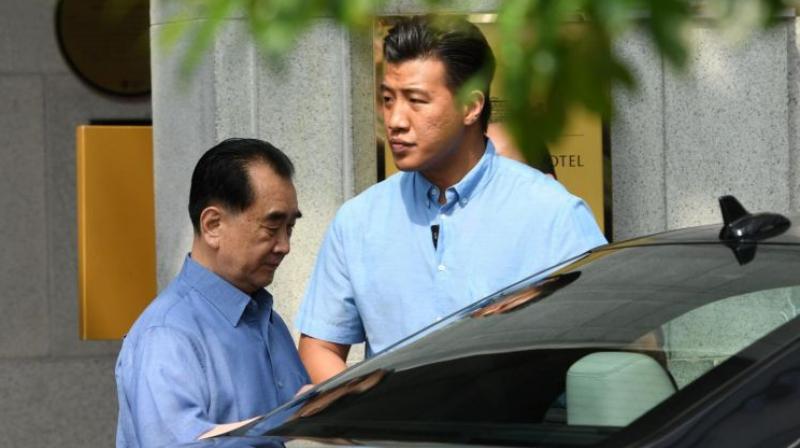 Kim Chang Son (left), North Korean leader Kim Jong Un's de facto chief of staff, going into a car as he leaves a hotel in Singapore, on May 29, 2018. (Photo: AFP)

At the same time, a team of US government officials, including the White House deputy chief of staff for operations Joe Hagin, left US Yokota Air Base in Japan for Singapore on Monday, NHK said.

The White House said a "pre-advance" team was travelling to Singapore to meet with North Koreans.

The reports indicate that planning for the historic summit, initially scheduled for June 12, is moving ahead after Trump called it off last week. A day later, Trump said he had reconsidered, and officials from both countries were meeting to work out details.

In a flurry of diplomacy over the weekend, Kim Jong Un and South Korean President Moon Jae-in held a surprise meeting on Saturday at the border village of Panmunjom, during which they agreed the North Korea-US summit must be held.

Moon said Monday there could be more impromptu talks between the two Koreas in the lead-up to the summit.

And on Sunday, the US State Department said American and North Korean officials had met at Panmunjom.

North Korea defends its nuclear and missile programmes as a deterrent against perceived aggression by the United States, which keeps 28,500 troops in South Korea, a legacy of the 1950-53 Korean War, which ended in a truce, not a peace treaty.

It has long said it is open to eventually giving up its nuclear arsenal if the United States withdraws its troops from South Korea and ends its "nuclear umbrella" alliance with Seoul.