As per reports, there have been no clarity on the reason of fire but it has been extinguished. 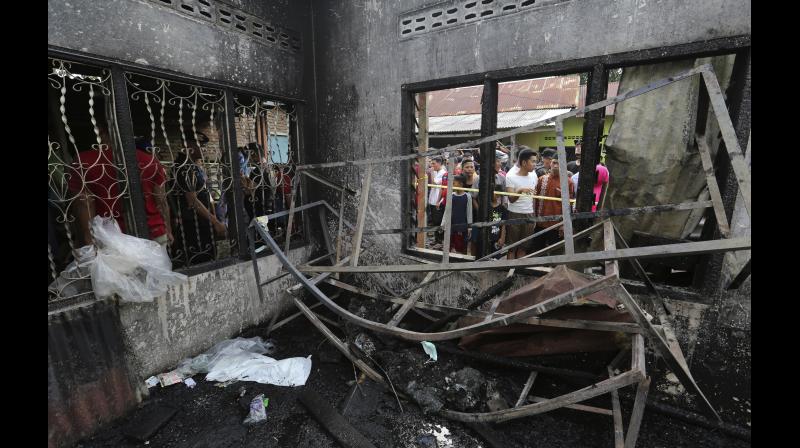 At least two dozen people were killed when a fire ripped through a matchstick warehouse in Indonesia on Friday, authorities said. (Photo: AP)

Jakarta: At least two dozen people were killed when a fire ripped through a matchstick warehouse in Indonesia on Friday, authorities said.

"There have been 24 deaths," said the head of North Sumatra's disaster agency Riadil Lubis, adding that investigators believed they had identified the charred remains of 21 adults and three children. "We don't know what caused the fire but it has been extinguished," he added.