The talks were held at the request of US President Donald Trump, according to Chinese state media agency Xinhua. 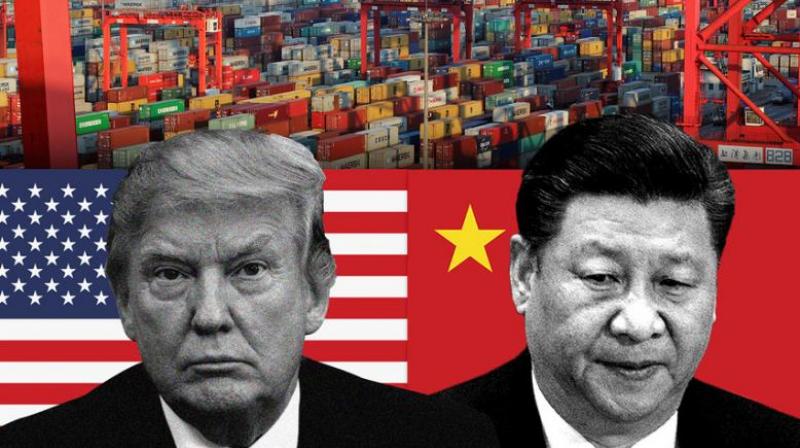 Speaking to Xi on Tuesday, Trump further said that the world hopes to see the United States and China reach an agreement. (Photo: File)

Beijing: As the trade dispute between the United States and China continued, the Presidents of both the nations held talks via phone on Tuesday.

The talks were held at the request of US President Donald Trump, according to Chinese state media agency Xinhua.

Speaking to his Chinese counterpart Xi Jinping, Trump said that he looked forward to discussing issues of common concern when they meet during the upcoming G-20 Summit in Japan's Osaka later this month.

The US values it’s economic and trade cooperation with China, Trump added during the conversation on Tuesday. He hoped for both the sides to resolve the ongoing dispute as soon as possible.

This comes as the US and China are locked in a bitter trade dispute which has seen both the sides increasing tariffs on each other's imports after the talks held to resolve the matter failed. Trump has previously accused China of backing out of the deal at the last minute.

Speaking to Xi on Tuesday, Trump further said that the world hopes to see the United States and China reach an agreement.

The Chinese President said that both the countries gain from cooperation and "lose from confrontation," Xinhua added. He further said that the two sides should push forward the China-US relationship on the basis of mutual respect and mutual benefit.

Xi expressed his readiness at meeting Trump at the Summit to hold in-depth discussions on bilateral relations. He also said that the two countries should solve their problems through dialogue "on an equal footing."

He also added that China hopes that Washington can treat Chinese firms in a "fair manner," in an apparent reference to the recent crackdown against Chinese telecommunications giant Huawei.