'Clashes are ongoing and the area is cordoned off by the Afghan security forces,' said Kabul police spokesman Hashmat Stanikzai. 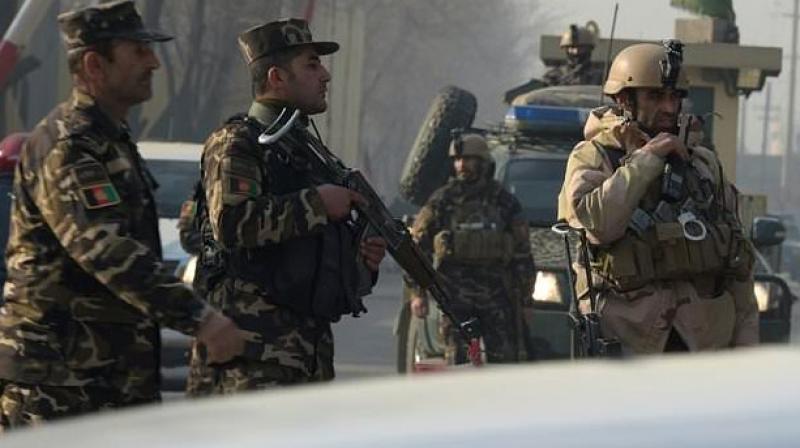 It was the latest incident in a blood-soaked week that saw militants delivers crippling blows to government forces across Afghanistan. (Photo: Representational)

Kabul: Gunmen launched an attack on an intelligence training centre in Kabul early Thursday, officials said, just a day after a suicide bomber killed dozens of students in the war-weary city.

"Clashes are ongoing and the area is cordoned off by the Afghan security forces," said Kabul police spokesman Hashmat Stanikzai. An official at the scene requesting anonymity confirmed the attack.

Several gunmen were firing on a training facility overseen by the National Security Directorate -- Afghanistan's intelligence agency -- from a nearby construction site according to officials.

The attack comes hours after a suicide bomber detonated explosives inside an education centre in western Kabul, where students were studying for college entrance exams, killing at least 37 people.

It was the latest incident in a blood-soaked week that saw militants delivers crippling blows to government forces across Afghanistan.

The school bombing underscored the price that ordinary Afghans have paid in the grinding conflict as the country reels from a recent uptick in violence, including a massive, days-long Taliban onslaught on the eastern city of Ghazni.

Small pockets of the city began opening up to humanitarian aid Thursday, while partial mobile service returned after telecommunications infrastructure and government buildings were destroyed during the fighting.

The surge in violence comes weeks after Afghans marked an unprecedented country-wide ceasefire between the Taliban and government forces in June, giving some relief to civilians.