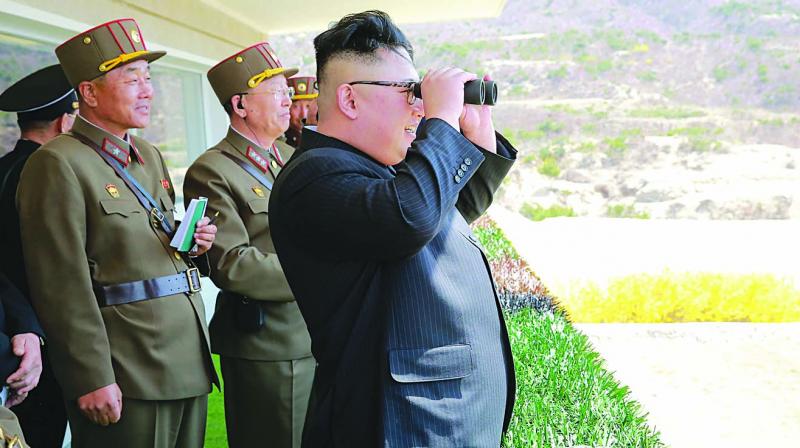 Seoul: North Korea’s Army on Friday vowed a ‘merciless’ response to any US provocation as tensions soar over Pyongyang’s nuclear programme and speculation mounts that it is preparing a fresh weapons test.

As hostilities in the region surge Mr Trump has sent an aircraft carrier-led strike group to the Korean peninsula to press his point, while the North has launched a flurry of rockets.

In a statement on official news agency KCNA, the North’s Korean People’s Army said Mr Trump had “entered the path of open threat and blackmail against the DPRK”.

Citing Washington’s recent missile strike on Syria, the typically bombastic statement boasted that US military bases in South Korea as well as Seoul’s presidential Blue House “would be pulverised within a few minutes”. “The closer such big targets as nuclear powered aircraft carriers come (to the Korean peninsula), the greater would be the effect of merciless strikes,” the statement added.