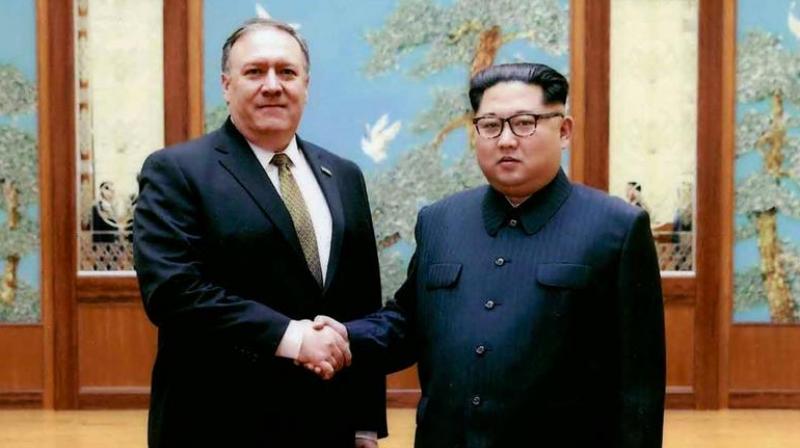 Pompeo is scheduled to fly to Beijing to meet his Chinese counterpart after the meetings in Seoul. (Photo: AP/File)

Seoul: North Korea's Kim Jong Un understands that denuclearisation must happen "quickly", US Secretary of State Mike Pompeo said on Thursday, warning there will be no sanctions relief for Pyongyang until the process is complete.

Pompeo said Washington remained committed to the "complete, verifiable and irreversible" denuclearisation of North Korea, after the joint statement from the US-North Korea summit in Singapore drew criticism for lack of detail on the key issue.

"We believe that Kim Jong Un understands the urgency... that we must do this quickly," he said of the effort to have North Korea abandon its nuclear weapons. Washington's top diplomat is in Seoul to brief his South Korean and Japanese counterparts on Tuesday's historic talks -- the first between sitting leaders of the two countries -- after which a triumphant President Donald Trump said the world can "sleep well".

Following the summit, Trump said the US would halt its "provocative" joint military drills with South Korea as long as negotiations are ongoing with the North, an announcement that caught Seoul by surprise.

But the US-South Korea alliance remains "as robust as ever", Seoul's foreign minister Kang Kyung-wha said at a press conference with Pompeo and Japanese foreign minister Taro Kono. Pompeo is scheduled to fly to Beijing to meet his Chinese counterpart after the meetings in Seoul.