We feel betrayed by criticism on terror, aid cut: Pak army chief to US general

US general Joseph Votel told General Qamar Bajwa during a telephone call that US was not contemplating any unilateral action inside Pak. 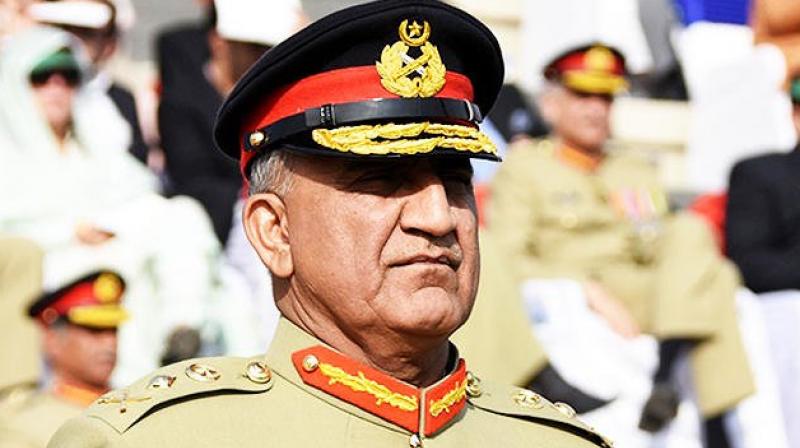 Islamabad: Pakistan's army chief told a top US general that the nation "felt betrayed" by criticism that it was not doing enough to fight terrorism.

US Central Command chief General Joseph Votel told General Qamar Javed Bajwa during a telephone call this week that the United States was not contemplating any unilateral action inside Pakistan, the Pakistani army said on Friday in a statement. This comes after US President Donald Trump’s accusations against Pakistan of "lies and deceit".

Tension between the United States and Pakistan has grown over US complaints that the Afghan Taliban and Haqqani network that target American troops in Afghanistan are allowed to take shelter on Pakistani soil.

Trump's administration last week announced the suspension of about USD 2 billion in security aid to nuclear-armed Pakistan — officially a US ally — over accusations that Islamabad is playing a double game in Afghanistan.

Islamabad denies this and accuses the United States of disrespecting its vast sacrifices — casualties have numbered in the tens of thousands — in fighting terrorism.

The US aid suspension was announced days after Trump tweeted on January 1 that the United States had foolishly given Pakistan USD 33 billion in aid over 15 years and was rewarded with "nothing but lies & deceit, thinking of our leaders as fools".

Trump's tweet infuriated Pakistani officials and caught the rest of the US administration off guard.

The Pakistani statement on Friday did not directly refer to Trump's tweet.

"(Bajwa) said that entire Pakistani nation felt betrayed over US recent statements despite decades of cooperation," the army said, referring to the phone call between Bajwa and Votel.

The US military's Central Command did not comment on the content of their conversation. But it said the US military was in "continuous communication" with Pakistan's military, to include recurring conversations between Votel and Bajwa.

"We value mutual understanding of interests and concerns that we need to consider and might lead to a positive path forward," US Central Command spokesman Air Force Colonel John Thomas said.

A senior Trump administration official said last week that the United States was already examining ways to mitigate any Pakistani retaliation as it piles pressure on Islamabad to crack down on militants.

The official also cautioned that US action to pressure Pakistan could extend beyond the new freeze in aid, if necessary.

The Pakistani assertion that Votel said no unilateral action inside Pakistan was being considered may have referred to the possibility of cross-border US drone strikes and other military missions targeting Taliban and other militant figures outside the border area.

In 2016, a US drone killed the then-leader of the Taliban, Mullah Akhtar Mansour, in the southwestern province of Balochistan, prompting protests from Islamabad of a violation of sovereignty.

And in 2011, a secret American raid in the military garrison city of Abbottabad killed al-Qaeda leader Osama bin Laden, the architect of the September 11, 2001 attacks on American cities that prompted the US-led invasion to topple the Taliban in Afghanistan.

Since Trump took office, there have been several drone strikes in Pakistan's border region but they have not so far gone deeper into Pakistani territory, though Islamabad believes that is on a menu of punitive actions the US administration is considering.

However, the US military is also concerned that the Pakistani army, which effectively runs foreign policy, might close the air and land corridors on which US-led troops and Afghan forces in landlocked Afghanistan depend for supplies. So far, Pakistan has not done so.