Amid rising tensions, Trump claims Putin told him ‘he didn’t meddle’ in US elections

Trump's relationship with Moscow has stalked the first year of his presidency. 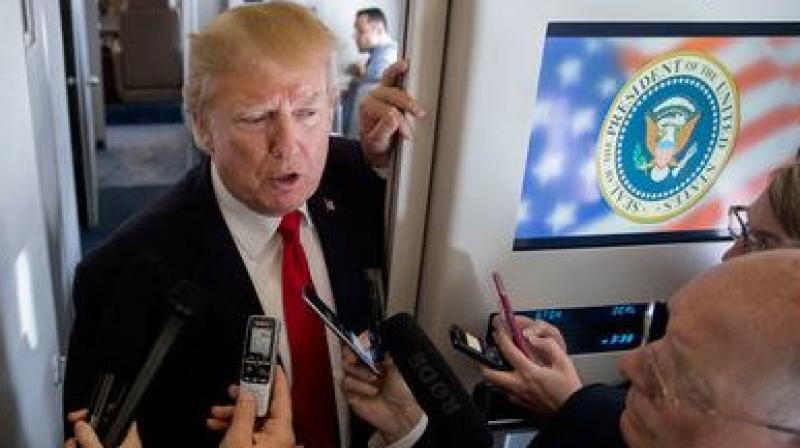 Hanoi: US president Donald Trump on Saturday said Russian counterpart Vladimir Putin told him that "he didn't meddle" in US elections that propelled the billionaire former reality star to the White House.

Trump's relationship with Moscow has stalked the first year of his presidency, with key former aides under a US investigation for alleged collaboration with the Kremlin.

Trump's former campaign chairman Paul Manafort and an associate are under house arrest on charges including conspiracy to launder money, linked to the investigation by special counsel Robert Mueller into allegations that the campaign colluded with Russia.

The US leader had "two or three" brief conversations with Putin on the margins of the APEC summit in the Vietnamese city of Danang, Trump told reporters on Air Force One on the way to a state visit in Hanoi.

"You can only ask so many times... He said he absolutely did not meddle in our election."

Trump explained that Putin reiterates his denial "every time" the pair meet, adding his counterpart seems "very insulted" by the persistent allegations.

But he would not be drawn on whether he believes the Russian strongman.

Social media giants Twitter and Facebook have said paid for and free content with Russian links carrying divisive election related messages spun across their platforms ahead of the crunch poll.