Trump has embarked on a tour of Asia this week trying to rally regional support for curbing North Korea’s nuclear weapons programme. 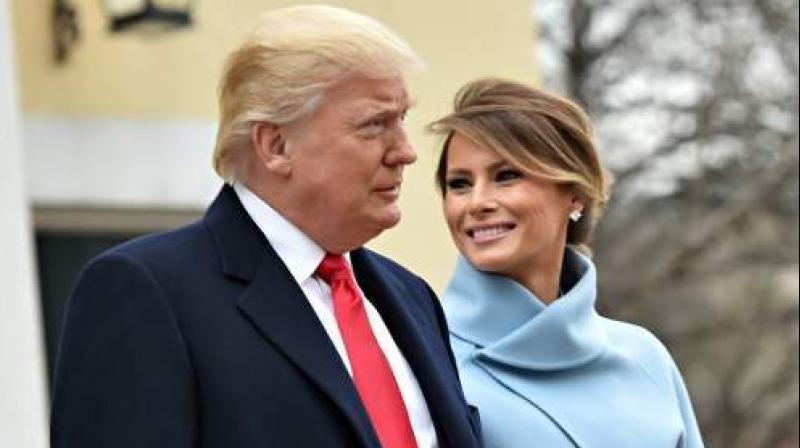 The US administration thinks China’s economic leverage over North Korea is the key to strong-arming Pyongyang into halting its nuclear weapons and missile programmes. (Photo: AP/File)

Danang: US President Donald Trump on Friday said the Asia-Pacific region was being held hostage by the “twisted fantasies” of North Korean leader Kim Jong-Un, as he called on countries to stand united against Pyongyang.

Trump has embarked on a tour of Asia this week trying to rally regional support for curbing North Korea’s nuclear weapons programme, warning that time is running out over the crisis.

“The future of this region and its beautiful people must not be held hostage to a dictator’s twisted fantasies of violent conquest and nuclear blackmail,” he said during a speech in Vietnam to the annual Asia Pacific Economic Cooperation (APEC) forum.

The region, he added, must “stand united in declaring that every single step the North Korean regime takes toward more weapons is a step it takes into greater and greater danger”.

The US administration thinks China’s economic leverage over North Korea is the key to strong-arming Pyongyang into halting its nuclear weapons and missile programmes.

On Thursday, Trump was in Beijing meeting President Xi Jinping, where he called on China to “act fast” over North Korea.

Washington has also worked in recent months to convince allies across Asia to oppose Pyongyang, an issue that will remain prominent during his two-day trip to Vietnam, which is currently hosting a major regional summit.

The leaders of Japan, Russia, China and South Korea are also attending the APEC summit.

At the same time, US Secretary of State Rex Tillerson said that Washington has “two or three channels” open with North Korea and was always ready to hear what Pyongyang wants to say.

Tillerson has consistently emphasised diplomacy in dealing with the North, while Trump has traded personal insults and threats of war with leader Kim Jong-Un.

At a speech in South Korea’s parliament on Wednesday, Trump denounced the North’s “cruel dictatorship” but appeared to moderate his bellicose tone somewhat when he offered Pyongyang a “path to a better future”.

Tillerson reinforced that thrust on the sidelines of the Asia-Pacific Economic Co-operation (APEC) summit.

“We have two or three channels in which we can with high confidence get messages to him and he can get messages back to us and we keep those open,” he said of Kim.

“As part of our ongoing diplomatic effort we are always ready to hear what he has to say diplomatically”, he said.

“Because I think eventually we’re going to have one of those days where we’re both going to say ok maybe it’s a good time to have that first conversation”, he added.

But North Korean media reiterated Friday that Pyongyang would not put its nuclear weapons up for negotiation, calling such suggestions a “foolish daydream” and Trump a “war maniac”.

“We do not oppose dialogue but will never put the issue related to the supreme interests of the DPRK and security of its people on the bargaining table,” said a signed commentary in the government newspaper Minju Joson.

“We are not interested in such dialogue and negotiations in the least.”