After offering to resume talks with US, N Korea fires unidentified projectiles

Denuclearisation talks between North Korea and the US reached a stalemate since the Hanoi summit in February. 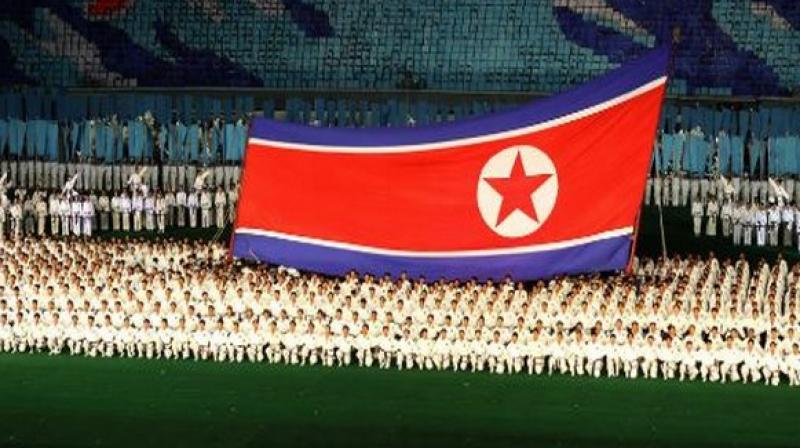 The latest missile test comes after North Korea's first vice foreign minister Choe Son-hui said that her country is willing to resume working-level denuclearisation negotiations with the US in late September. (Photo: ANI)

Seoul: North Korea on Tuesday fired two unidentified projectiles into the East Sea, in the latest such launch in the last few months, according to the South Korean military.

This is the eighth time that North Korea has been firing projectiles, believed to be short-range ballistic missiles, since July 25. Overall, this is the tenth such test by the reclusive communist country this year after similar launches took place in May.

In a statement, the Joint Chiefs of Staff (JCS) said that the projectiles were launched from North Korea's South Pyongan Province towards the East Sea, CNN reported.

"Our military is observing the situation and maintaining readiness," the JCS said.

The latest missile test comes after North Korea's first vice foreign minister Choe Son-hui said that her country is willing to resume working-level denuclearisation negotiations with the US in late September.

However, she asserted that Washington should come up with a new proposal acceptable to Pyongyang, South Korea's Yonhap News Agency reported.

"We have the willingness to sit with the US side for comprehensive discussions of the issues we have so far taken up at the time and place to be agreed late in September," Choe said on Monday.

On Sunday, US Secretary of State Michael Pompeo said that Trump would be "very disappointed" if North Korean leader Kim Jong-un does not express his interest in returning to the negotiating table and continues to conduct missile launches that are in violation of the earlier deals reached between both countries.

Denuclearisation talks between North Korea and the US reached a stalemate since the Hanoi summit in February, in which no joint agreement was issued. Both sides had reportedly failed to sort their differences regarding sanction waivers to the communist country.

Washington has maintained its stance that sanctions would only be lifted after Pyongyang carries out "complete and verifiable" dismantling of its nuclear weapons programme.