Doesn’t want Maldives to become another ‘flash point’, in talks with India: China

The Doklam stand-off and China's opposition to declaring Masood Azhar, a global terrorist at UN had been major irritants for bilateral ties. 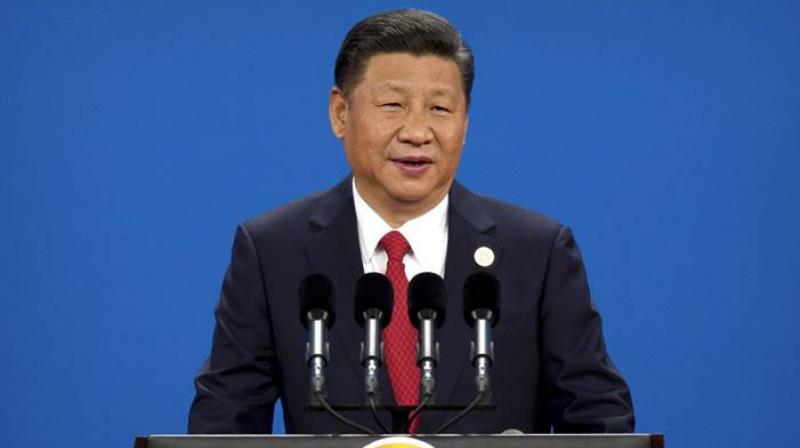 China views the Maldives as key to its Maritime Silk Road project in the Indian Ocean as it has already acquired Hambantota port in Sri Lanka and Djibouti in the Horn of Africa. (Photo: AP)

Beijing: China on Friday said it is in touch with India to discuss a way to resolve the political turmoil gripping the Maldives and underlined that Beijing doesn't want the issue to become another "flashpoint".

While China officially continues to maintain that there should not be any external interference specially in the light of reports of India's special forces ready for deployment, Beijing is also in touch with New Delhi to resolve the crisis, Chinese official sources said.

The stand-off between India and China in the Doklam area and Beijing's opposition to declaring Pakistan-based Masood Azhar as a global terrorist at the UN had been major irritants in bilateral ties in the past.

Answering a spate of questions on the Maldives, including Friday's telephonic conversation between Prime Minister Narendra Modi and US President Donald Trump, in which the situation in the Maldives figured prominently, Chinese foreign ministry spokesman Geng Shuang said international community should respect sovereignty and independence of the Maldives.

"The current situation in the Maldives is its internal affairs. It should be properly resolved through dialogue and consultations by all relevant parties," he said.

Maldives President Abdulla Yameen sent his Economic Development Minister Mohamed Saeed to China but India said it did not find the dates "suitable" for the visit of Maldives' foreign minister as special envoy to New Delhi.

The UN Security Council too met to discuss the Maldives situation. Ahead of the meeting, UN Assistant Secretary-General Miroslav Jenca reported to have informed the top UN body that while there were no reports of violent clashes, "the situation in the Maldives is tense and may deteriorate even further".

Geng, while replying to a question on reports that Indian Special Forces were ready for deployment in the Maldives to evacuate Indians, said "non-interference in other countries is an important principle of international relations".

"The international community should respect the will of the Maldives and play a constructive role in the stability and development of Maldives instead of doing the opposite," he said.

He said Saeed in his meeting with Chinese foreign minister Wang Yi has introduced the current situation in the Maldives and said that the government is committed to uphold the rule of law and social order independently resolving the current issue and achieving national stability and development.

"The Maldives has the ability to protect the security of the Chinese personnel and the institutions," Saeed told Wang.

For his part, Wang said China is closely following the situation in the Maldives and believe that the government and people there have the ability to properly resolve the current issue and restore the normal order in the country in accordance with law, Geng said.

Also read: In a rebuke to China, ex-Maldives president urges India to act as 'liberators'

"China will not interfere in the internal affairs of the Maldives. This is also an important principle enshrined by UN charter. We support the Maldives government to properly resolve issues through dialogue and consultations with relevant parties and uphold independence, sovereignty and legitimate rights and interests of Maldives," Wang told Saeed according to Geng.

"China has offered selfless assistance to Maldives" for its social development, Wang said adding that the cooperation benefits all the peoples in Maldives.

However, it is not yet clear what is the takeaway from Saeed's China visit.

Asked how the Maldives can resolve the problem independently and unilaterally when top judges and leaders have been locked up by Yameen government, Geng retorted saying that "I think you should raise this question to Maldives government. How will they resolve their internal affairs (problems) you should ask them".

"I want to emphasise that China believes that the Maldives and people have the wisdom and capability to properly resolve the current issue faced them," he said

To another question whether Saeed sought China's help to tide over the crisis, Geng said.

"I can tell you that diplomatic channels between the two countries is smooth. China and the Maldives maintain normal and friendly exchanges," he said

China views the Maldives as key to its Maritime Silk Road project in the Indian Ocean as it has already acquired Hambantota port in Sri Lanka and Djibouti in the Horn of Africa.