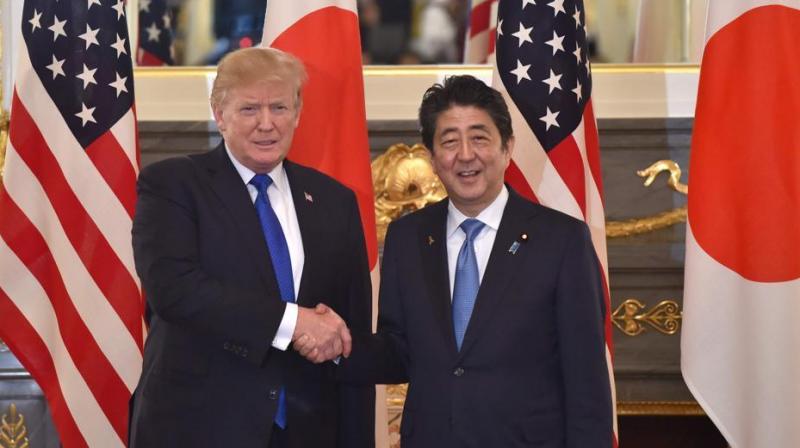 ‘The US has suffered massive trade deficits with Japan for many, many years. So we will have to negotiate and we will do this in a friendly way,’ added the president. (Photo: AFP)

Tokyo: President Donald Trump lashed out Monday at the US trade relationship with Japan, saying it was "not fair and open", as he prepared for formal talks with his Japanese counterpart.

"The US has suffered massive trade deficits with Japan for many, many years. So we will have to negotiate and we will do this in a friendly way," added the president.

Trump has formed a strong bond with Prime Minister Shinzo Abe and the pair already discussed trade in an informal setting on the golf course on Sunday.

The president's comments come on the second day of an Asian tour set to be dominated by the North Korea crisis but US officials have also made it clear that trade is high on their agenda.

The White House has sought to emphasise the length of the five-nation tour - the longest by any US president since George H.W. Bush in 1991 - as evidence of Trump's commitment to engaging with the region.

But doubts linger, most notably on the economic front following Trump's abrupt decision - three days into office - to pull out of the TPP Trans-Pacific trade deal, unsettling several signatories and Japan in particular.