Bomb threats are extremely uncommon in Japan. No explosives were found and no arrests so far. 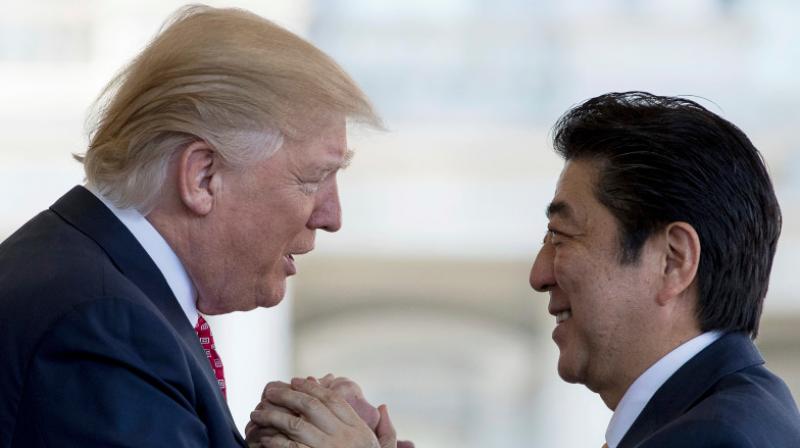 Tokyo: Japan was hit by a rare string of bomb threats as US President Donald Trump held talks in Tokyo, kicking off an Asia tour under heavy security, police said Monday.

Bomb threats are extremely uncommon in Japan. No explosives were found and no arrests were made in any of the cases, which took place far away from the capital.

In the western Shiga prefecture, a ferry company received a call from a man who "claimed to have set up a bomb inside a sightseeing ship that would explode in an hour," a police spokesman said.

Police located the threatened ship and conducted a thorough search but were unable to find any explosives.

"A total of 290 passengers and crew members were safely evacuated," the spokesman said, adding that police were hunting for the man who made the call.

A ferry company in Hiroshima received a similar call and was told that a bomb would explode on one of its ships in an hour.

Ferry operations were temporarily suspended between the prefecture's shore to Itsukushima, where tourists flock to a Shinto shrine famous for its "floating" gate.

A department store in Osaka also received a threat but police found no explosives.

In Kyoto, a train operator received an anonymous tip, saying a bomb would explode in one hour at Sanjo Station, which is close to tourist destinations, according to Jiji Press. The train company closed the station temporarily, affecting 8,000 people.