Trump departed for his first presidential trip to Asia on Saturday, with tensions over North Korea’s nuclear threats. 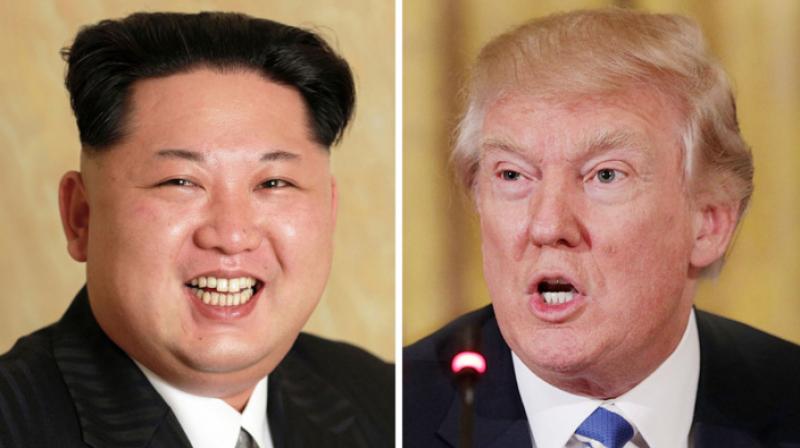 The White House said Trump will deliver a speech at South Korea’s National Assembly and urge ‘common resolve in the face of shared threat’. (Photo: AFP/File)

Seoul: North Korea ruled out talks and threatened to increase its nuclear arsenal in a fresh warning to Donald Trump’s administration on Saturday as the US President set off on a tour of Asia.

Trump departed for his first presidential trip to Asia on Saturday, with tensions over North Korea’s nuclear and missile threats looming large. He is due to arrive in South Korea Tuesday, after first visiting Japan.

The North’s state-run KCNA news agency said in a commentary that the US should be disabused of the “absurd idea” that Pyongyang would succumb to international sanctions and give up its nuclear weapons, adding that it is in “the final stage for completing nuclear deterrence”.

“It had better stop daydreaming of denuclearisation talks with us”, said the commentary titled “Stop dreaming a daydream”.

“Our self-defensive nuclear treasure sword will be sharpened evermore unless the US hostile policy toward the DPRK is abolished once and for all”, it said, using an acronym for the official name of North Korea.

The White House said Trump will deliver a speech at South Korea’s National Assembly and urge “common resolve in the face of shared threat”.

But there is widespread concern in South Korea that the US president’s visit might worsen the situation if Trump fails to rein in his fierce rhetoric.

Trump and the North’s leader Kim Jong-Un have traded insults and threats of war in recent months.

“Because of his tendency to veer off the script, many Koreans are worried that he may let loose”, Professor Yang Moo-Jin of the University of North Korean Studies said.

Some 500 protesters took to the streets in Seoul on Saturday, chanting slogans and waving banners as they accused Trump of bringing the Korean peninsula to the brink of war.

“No Trump, No War”, read one of the banners, while others portrayed the US President wearing a Nazi uniform.

Nearby, a rival group of some 100 Trump supporters, including many military veterans, chanted: “Welcome to Korea, We believe in Trump”.

Read: ‘Such a dreamer,' says official about Joseph Yun’s efforts to avert war

Trump, who dismissed direct talks with Pyongyang as “waste of time”, will meet with President Moon Jae-In, who came to power early this year advocating for engagement with Pyongyang, a stance denounced as “appeasement” by Trump.

Professor Koh Yu-Hwan at Dongguk University, a leading policy advisor to the government, said Seoul expected Trump to avoid putting Moon in a quandary by renewing pugnacious threats against the North, particularly with South Korea hosting the Winter Olympics in February next year.

Moon has had to dial back his policy of engagement with the North in the face of Pyongyang’s persistent nuclear and missile tests.