A parliamentary vote will follow two days later, with lawmakers expected to endorse the new LDP leader as prime minister 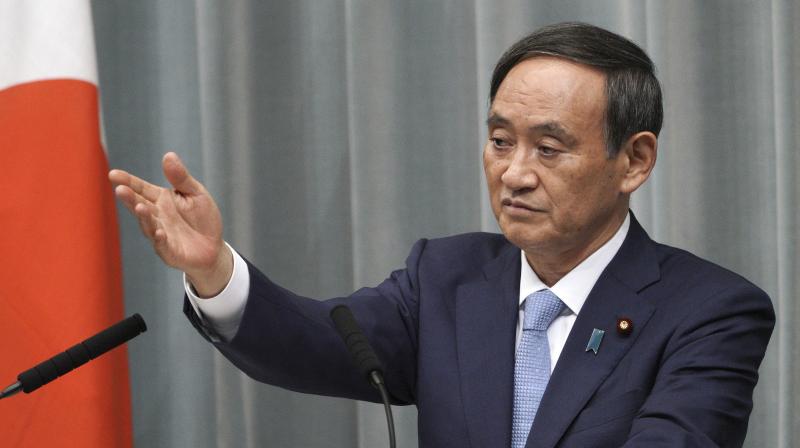 Suga, a longtime right-hand man for the outgoing Prime Minister Shinzo Abe, has emerged as a top successor candidate. (AP)

Suga unveiled his candidacy following days of speculation about his plans and shortly after the ruling Liberal Democratic Party set a September 14 vote on Prime Minister Shinzo Abe's successor.

A parliamentary vote will follow two days later, with lawmakers expected to endorse the new LDP leader as prime minister.

Suga pledged to "do my utmost to continue the work of party leader Abe, who poured his spirit and strength into the job".

Abe announced last week he would step down for health reasons, and Suga warned that "in this national crisis, there must not be a political vacuum".

"There is not a moment to waste."

The 71-year-old has long been mooted as a potential successor to Abe -- having served for years as his close advisor, government spokesman and policy coordinator.

Now that many of the LDP's most powerful factions have coalesced around him, experts said Suga appears to have an almost insurmountable lead in the race.

And whoever inherits the top job will face a raft of challenges, from the coronavirus pandemic and a tanking economy, to ensuring the postponed Tokyo Olympic Games can go ahead.

The LDP has opted for a scaled-back leadership vote that will not include rank-and-file members, instead polling only MPs and three representatives from each of the country's 47 prefectures.

The decision has elicited some criticism, but party officials said it would take too long to organise a broader vote.

Experts said the format favours Suga, who lined up support even before he made his candidacy official.

His selection "is increasingly assured, as the LDP's factions -- with the exception of the factions headed by rival candidates Shigeru Ishiba and Fumio Kishida -- have lined up behind Suga", said Tobias Harris, a Japan expert at Teneo consultancy, in a note.

Suga has effectively been the face of the government for years as its chief spokesman.

This has meant his own personal views on policy matters remain somewhat opaque, though he is widely viewed as a pragmatist with no strong ideological leanings.

He has been close to Abe for more than a decade, and was a key voice encouraging him to run again after a disastrous first term in office that ended in 2007.

Former foreign minister Kishida, 63, was in the past considered Abe's favoured successor.

But the outgoing prime minister has said he will not endorse a candidate, and Kishida's limited public profile is likely to leave him struggling to challenge the likes of Suga.

Ishiba, 63, polls well with the general public but is less popular among party members.

He once left the LDP -- spending time as both an independent and briefly joining another party -- and many within the ruling bloc have not forgiven the political dalliance.

None of the three back policies that vary much from the government's existing line, though Kishida and Ishiba have both already spoken about the need to ensure that economic stimulus helps all parts of society.

Japan's economy was in recession even before the coronavirus hit, and the government has been harshly criticised for its response to the pandemic, including an embarrassing U-turn on dispersing stimulus funds.