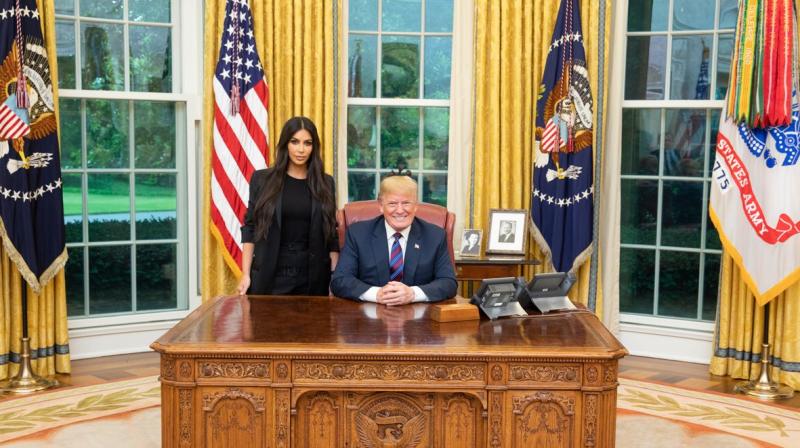 In the end, she met with fellow TV personality, President Donald Trump -- formerly of "The Apprentice" and New York tabloid fame.

"Great meeting with @KimKardashian today, talked about prison reform and sentencing," the president said in a tweet, accompanied by a photograph of the pair in the Oval Office, with Trump flashing a broad grin.

Kardashian, 37, is known for her socialite TV persona, but has also called for the release of Alice Marie Johnson, a 62-year-old who has been in prison for more than two decades for a nonviolent drug offence.

Fixing tough sentencing laws had been a priority of president Barack Obama's administration, but he failed to win Congressional support, prompting a stream of presidential pardons and clemency actions.

Trump has so far taken a more hardline approach, advocating a "lock-em-up-and-throw-away-the-key" approach to criminal justice.

During his first year and half in office he has pardoned disgraced Arizona sheriff Joe Arpaio, a Trump supporter who was convicted of violating a court order to halt traffic patrols targeting immigrants.

Last month, Kim's rapper husband Kanye West raised eyebrows after tweeting about his "love" for Trump and describing him as a "brother" with whom he shared "dragon energy."