World   Americas  30 Nov 2017  US pushes China to cut off oil supply to North Korea after its missile testing
World, Americas

Nikki Haley said the ICBM launch had raised the threat of war. 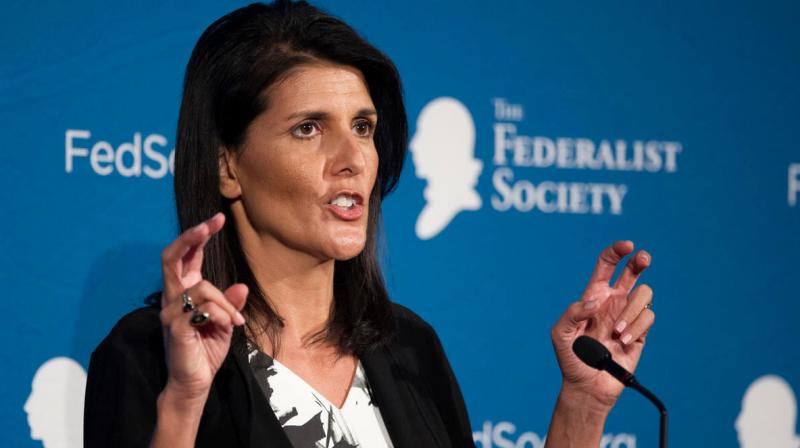 United Nations: The United States Thursday urged China to cut off crude oil shipments to North Korea and pressed all countries to isolate Kim Jong-Un's regime by cutting off all diplomatic and trade ties.

During a phone conversation earlier in the day, US President Donald Trump asked President Xi Jinping to cut off China's crude oil supplies to North Korea, a move that would deal a crippling blow to North Korea's economy.

Trump told the Chinese leader "that we have come to the point that China must cut off the oil from North Korea," Haley said.

"That would be a pivotal step in the world's effort to stop this international pariah," she said.

Haley also called "on all nations to cut off all ties with North Korea" and said the Security Council should take away North Korea's voting rights at the United Nations.

The council was meeting at the request of the United States, Japan and South Korea to consider next steps after three rounds of sanctions adopted in 2016 failed to push North Korea to change course.

Haley said the ICBM launch had raised the threat of war. "The dictator of North Korea made a choice yesterday that brings the world closer to war, not farther from it."

"If war comes, make no mistake: The North Korean regime will be utterly destroyed," she warned. Pyongyang Thursday tested its third ICBM - which it claimed was capable of striking anywhere in the United States - snapping a two-month pause in missile launches.