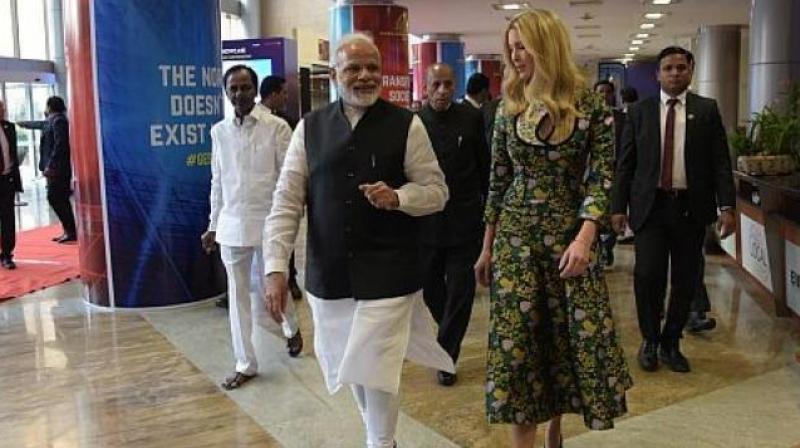 Washington: US President Donald Trump has applauded his daughter and advisor Ivanka Trump’s “great work” in promoting women entrepreneurs during her visit to India.

Ivanka is currently in India leading a high-profile US delegation to the Global Entrepreneurship Summit (GES) in Hyderabad being co-hosted by the two countries.

This is not the first time Ivanka is visiting India. But yes, this is her first visit to India as a senior presidential advisor.

“Great work Ivanka,” Mr Trump said in a late-night tweet as he retweeted State Department which said that Ivanka’s comments on US efforts to fuel entrepreneurship so that Americans can turn their dreams into incredible legacies.

Haley is the highest ranking Indian-American in the Trump administration. She is also the first ever Indian American serving in the Cabinet of any presidential administration.

“Globally it means creating an environment where women- across the world-have access to the capital & mentorship they need to succeed,” Ms Haley said.

In recent weeks, Ms Haley said that she was planning to visit India this year but could not go because of her other pressing engagement, but hopes to travel soon.