State Department confirms plan for the sale which will be the first since the $1.83bn sale under Obama in December 2015. 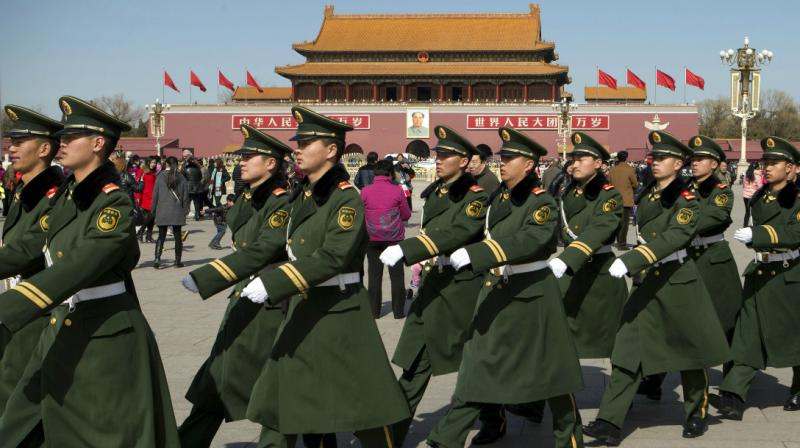 The US is legally obligated to sell weapons to Taiwan for its self-defence. (Photo: Representational/ AP)

Washington: The United States plans to sell Taiwan $1.42 billion in arms, the first such sale under the administration of Donald Trump and a move sure to anger China, whose help the president has been seeking to rein in North Korea.

State Department spokeswoman Heather Nauert told reporters the administration had told Congress of the seven proposed sales on Thursday. "It's now valued about $1.42 billion," she said.

Nauert said the sales showed US "support for Taiwan's ability to maintain a sufficient self-defence capability," but there was no change to the United States' long-standing "one China" policy.

The sale, which requires congressional approval, would be the first to Taiwan under Trump and the first since a $1.83 billion sale that former President Barack Obama announced in December 2015, to China's dismay.

US officials said in March the administration was crafting a big arms sale to Taiwan, but such talk died down as Trump sought to persuade Beijing to do more to rein in North Korea's nuclear and missile programs, an increasing threat to the United States.

Earlier on Thursday, China responded angrily and said it had protested to Washington after a US Senate committee approved a bill calling for the resumption of port visits to Taiwan by the US Navy for the first time since the United States adopted a one-China policy in 1979.

US officials told Reuters this week that Trump who alarmed Beijing after assuming office by breaking with decades of precedent and talking to Taiwan's president was becoming increasingly frustrated with China over its inaction on North Korea and trade.

According to the officials, Trump is now considering trade actions against Beijing, despite having heaped praise on Chinese President Xi Jinping after an April summit.

Also on Thursday, Washington stepped up pressure on Beijing by imposing sanctions on two Chinese citizens and a shipping company for helping North Korea's nuclear and missile programs and accusing a Chinese bank of laundering money for Pyongyang.

Trump plans to meet Xi on the sidelines of the G-20 summit in Germany next week, US National Security Adviser H.R. McMaster told reporters.