US House passes bill to protect young athletes from abuse

There has been no official comment from the White House on the legislation and whether President Donald Trump would sign it. 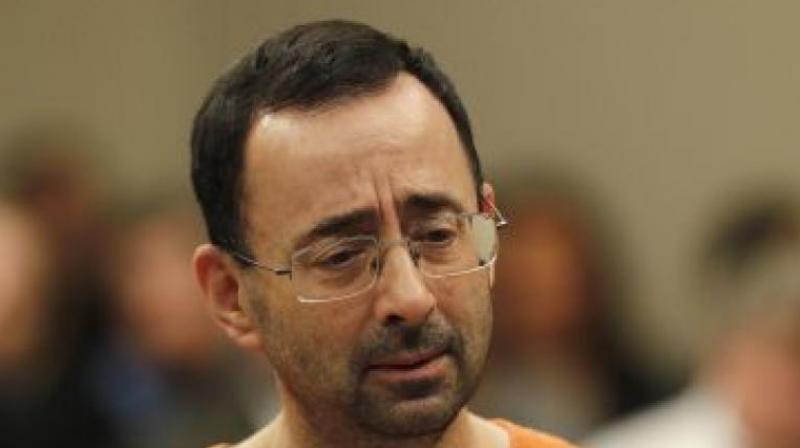 Last week, former USOC doctor Larry Nassar was sentenced to up to 175 years in prison after being convicted of sexually abusing female athletes. (Photo: AP)

Washington: Legislation to protect young amateur athletes from sexual abuse moved a step closer to enactment on Monday when the US House of Representatives passed the bill in the wake of a scandal involving a former US Olympic Committee (USOC) doctor.

The House voted 406-3 for the bill that would take several steps toward shielding athletes from abuses such as those suffered by scores of female gymnasts in the United States over many years.

Last week, former USOC doctor Larry Nassar was sentenced to up to 175 years in prison after being convicted of sexually abusing female athletes.

A similar version of the legislation passed the Senate last November. But minor changes made by the House require a second Senate vote on passage before it can become law.

There has been no official comment from the White House on the legislation and whether President Donald Trump would sign it.

The "Protecting Young Victims from Sexual Abuse and Safe Sport Authorization Act" would require that employees or volunteers of the USOC promptly report allegations of abuse to law enforcement authorities.

USA Gymnastics and other athletic governing bodies would have to implement policies to prevent abuse.

The Indianapolis Star newspaper initially reported that Nassar had engaged in the illegal activities for decades, disguising the sexual abuse as medical treatment.

US Olympic officials have announced that an independent investigation would be launched into how USA Gymnastics and the USOC failed to stop Nassar's activities.

The legislation also lays out damages that victims can seek in civil suits related to cases of abuse.