Robert Bowers (46), who was taken into custody after a firefight with police, could face death penalty after being charged with murder. 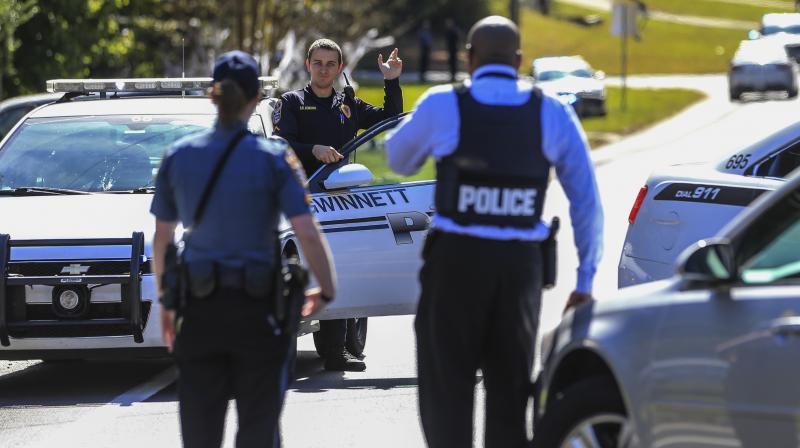 The mayor of Pittsburgh appealed, meanwhile, for guns to be taken away from potential hate criminals. (Representational Image)

Pittsburgh: The Pittsburgh synagogue gunman spoke of "genocide and his desire to kill Jewish people" during his attack, authorities said Sunday, as they identified his 11 victims and worked to console the living.

Forty-six-year old suspect Robert Bowers, who was taken into custody after a firefight with police, could face the death penalty after being charged with multiple counts of murder and hate crimes over Saturday's attack.

"During the course of his deadly assault on the people of the synagogue, Bowers made statements regarding genocide and his desire to kill Jewish people," Scott Brady, US Attorney for the Western District of Pennsylvania, told a news conference.

After what they described as a harrowing process of identifying the victims and notifying their families, officials on Sunday released the names of all 11 victims of the synagogue shooting,

"After difficult work by the medical examiner's office, all 11 victims were positively identified and next of kin notifications took place," Robert Jones, the FBI agent in charge of the investigation, said at an early-morning press briefing.

They victims -- three women and eight men, all from Pittsburgh and the city's suburbs -- ranged in age from 54 to 97, and included two brothers and one married couple.

The Pittsburgh synagogue attack is the deadliest anti-Semitic attack in recent US history, and has sparked a flood of international condemnation and warnings about the rise of hate speech.

Pope Francis, at the end of the Angelus prayer in Saint Peter's Square, expressed his sadness at the violence.

President Donald Trump addressed the shooting at length on Saturday, denouncing it as "a wicked act of mass murder," saying: "We must stand with our Jewish brothers and sisters to defeat anti-Semitism and vanquish the forces of hate."

The US leader has ordered all flags to be flown at half-staff through October 31 as a mark of "solemn respect" for the victims and will soon to travel to Pittsburgh, where hundreds held a candlelight vigil Saturday night and another vigil was planned for later Sunday.

The mayor of Pittsburgh appealed, meanwhile, for guns to be taken away from potential hate criminals.

"I think the approach that we need to be looking at is how we take the guns, which is the common denominator of every mass shooting in America, out of the hands of those that are looking to express hatred through murder," Mayor Bill Peduto told a news conference.

The Tree of Life Synagogue, whose congregation was founded more than 150 years ago, is located in the Squirrel Hill neighbourhood that is historically the heart of Jewish life in greater Pittsburgh.

But the shockwave was felt much further, throughout America's Jewish community, the largest outside Israel.

In a statement, the United States Holocaust Memorial Museum said it "reminds all Americans of the dangers of unchecked hatred."

The United States is witnessing a sharp spike in anti-Semitic incidents, surging 57 percent from 2016 to 2017, to 1,986 from 1,267, according to the Anti-Defamation League, a civil rights group which has tracked anti-Semitism in the United States since the 1970s.

Saturday's attack also comes at a time of heightened political tensions -- a day after a Trump supporter from Florida was arrested for mailing explosive devices to Democrats and liberals, setting the country on edge ahead of close-fought elections on November 6.