World   Americas  29 Sep 2018  No talks of putting India deal on hold, says Russia amid threat of US sanctions
World, Americas

No talks of putting India deal on hold, says Russia amid threat of US sanctions

India will need exemptions from US sanctions on Russia to buy the S-400 Triumf missile defence system as well as frigates and helicopters. 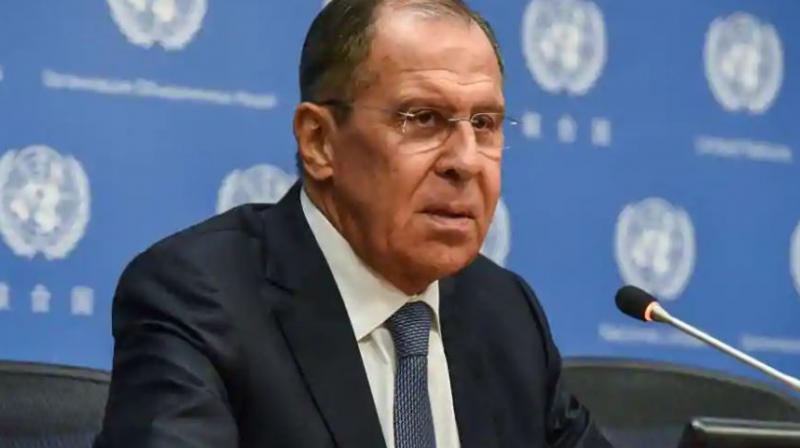 On asking if the proposed USD 8.5 billion defence deal with Russia was on hold, Lavrov said, 'I haven’t heard anything about the timing, postponement, or about putting anything on hold.'  (Photo: AFP)

United Nations: At a news conference at the United Nations, Russian foreign minister Sergey Lavrov said, “India will make a ‘sovereign decision’ on Russian defence purchases which are facing possible US sanctions.”

According to IANS report, “I understand that India will be taking sovereign decision (on) how to proceed and what kind of weapons it needs,” Lavrov added.

On asking if the proposed USD 8.5 billion defence deal with Russia was on hold, Lavrov said, “I haven’t heard anything about the timing, postponement, or about putting anything on hold.”

The defence deal with Russia includes a missile defence system that is expected to be signed next month during Russian President Vladimir Putin’s visit to India.

In light of controversies over Rafale deal with France, Lavrov was asked if Russia would be adding “checks and balance” to defence deal with India, he said he wasn’t aware of the allegations of corruption.

US Congress passed The Countering America’s Adversaries Through Sanctions Act (CAATSA) last year which imposes sanctions on some Russian companies as well as on their customers. It could impact India’s defence deals with Russia.

To go through with the deal, India will need exemptions from CAATSA to buy S-400 Triumf missile defence system as well as frigates and helicopters.

During the recent 2+2 talks, India raised the issue and a categorical exemption is yet to be made.

Earlier this year, Congress tried to prevent US President Donald Trump’s administration from granting exemptions, defence secretary James Mattis made an appeal citing India to allow the administration to exempt deals. So, Trump administration continues to have the power to exempt India.