Trump said the summit could go ahead as planned following a more appeasing statement from Pyongyang and productive talks with North Korea. 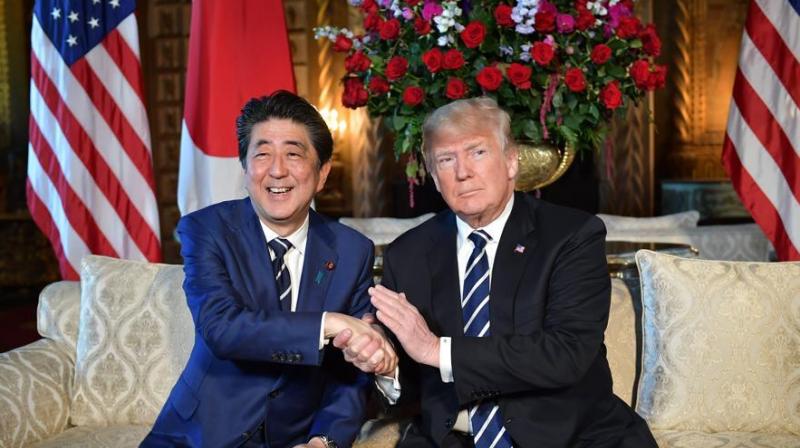 Abe and Trump spoke by telephone a day after American and North Korean officials met at a border truce village to prepare for the summit. (Photo: AFP)

The US and Japanese leaders will meet ahead of a much anticipated summit with North Korea’s Kim Jong Un back on schedule for June 12 in Singapore just days after Trump announced he was cancelling it.

The American president said the summit could go ahead as planned following a more appeasing statement from Pyongyang and productive talks with North Korean officials.

Japan, which has by far the hardest line compared to neighbours China and South Korea, has been left uneasy by the pace of events, and by what it sees as an unwarranted softening toward an untrustworthy Pyongyang.

Abe and Trump spoke by telephone a day after American and North Korean officials met at a border truce village to prepare for the summit.

During a telephone call, the pair “discussed recent developments in North Korea and confirmed they would meet again to continue close coordination in advance of the expected meeting between the United States and North Korea,” a White House statement read.

“The president and prime minister affirmed the shared imperative of achieving the complete and permanent dismantlement of North Korea’s nuclear, chemical and biological weapons and ballistic missile programs.”

Washington wants North Korea to quickly give up all its nuclear weapons in a verifiable way in return for sanctions and economic relief.

Pyongyang has a different view of denuclearization and remains deeply worried that abandoning its deterrent would leave the country -- and its leader -- vulnerable, especially while the United States maintains a robust military presence in South Korea.